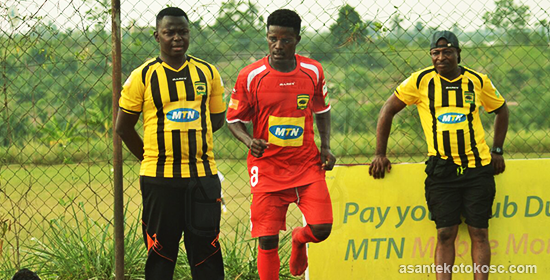 Midfielder Kwame Boahene is set to leave Asante Kotoko after three years at the club.

The former Medeama SC midfielder is unhappy at the club and will leave the club after his contract runs out in December.

Boahene joined the Porcupine Warriors in 2016 after three good seasons in Tarkwa with the Mauve and Yellows.

However, his stay at Kotoko has been hampered by injuries and lack of form.

According information gathered by GHANASoccernet.com, the player is reluctant on extending his stay with the Kumasi based club despite talks of renewing his contract.

The 26-year old has however attracted interest from some clubs both domestically and abroad.

He is expected to make a decision when his contract at Asante Kotoko comes to an end.