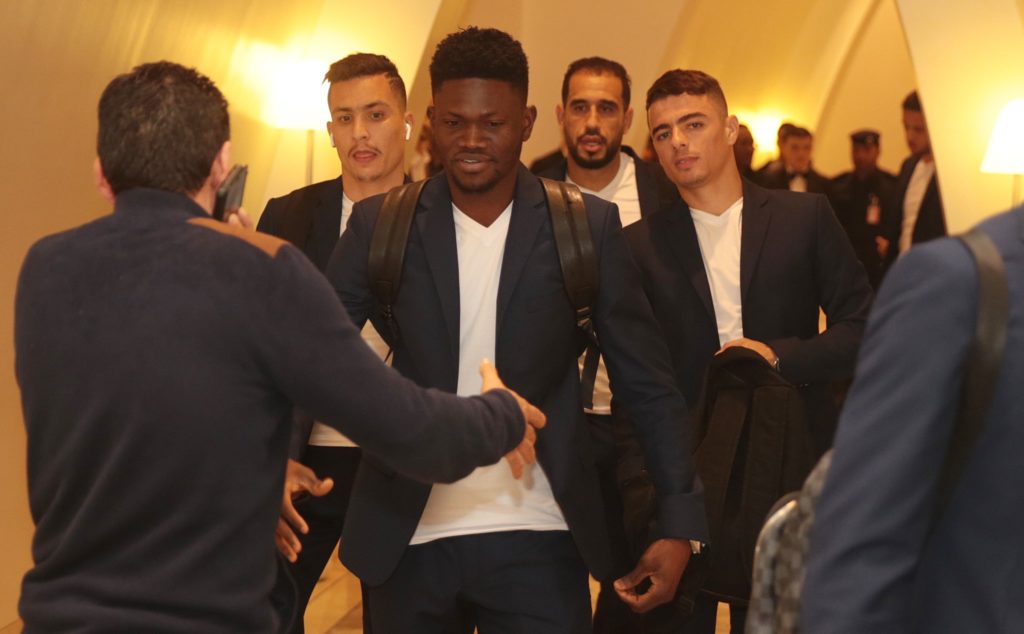 Ghanaian midfielder Kwame Bonsu and his Esperance de Tunis teammates have arrived in Qatar for the FIFA Club World Cup.

Esperance are representing Africa as champions of the continent, after winning the CAF Champions League season.

Bonsu, who joined the Red and Golds this season made manager Mouine Chaabani squad for the global football tournament.

The competition will take place between 11 and 21 December as part of the warm-up procedure for the 2022 World Cup in the same country.

It will bring together the continental club champions from each confederation as well as Al-Hilal, the winners of the Qatari Stars League, who will represent the host nation.

Kwame Bonsu has been a key member of the Esperance team this season, playing in all six Tunisian Professional Ligue 1.