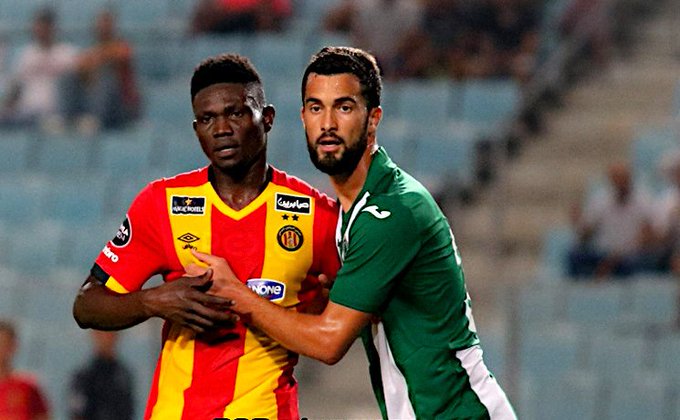 Ghanaian midfielder Kwame Bonsu starred for Tunisian giants Esperance as they strolled to victory against CS Hammam-Lif in the topflight league.

The former Asante Kotoko midfield kingpin was a beast in the center of the park, winning and distributing balls effortlessly as Esperance beat CS Hammam 2-0 on Tuesday night.

Ibrahim Outtara opened the scoring for the African champions in the fourth minute after connecting to a Ben Saha cross.

The Blood and Golds continue to dominate Hammam-Lif but could not add another goal before the break.

However, their persistence paid off in the second half after Hamdo Al Masri beat off two defender before rounding the goalkeeper to cooly slot in.

The win keeps Esperance at the top of the table with two wins in two games in the Tunisian Premier League.