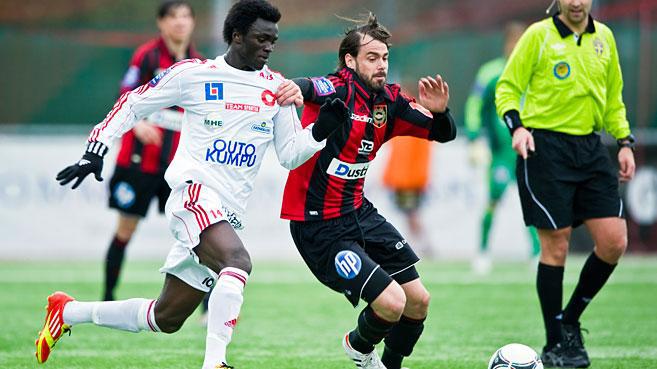 Ghana youth striker Kwame Amponsah-Karikari got on the score sheet for Degerfors as they defeated Landskrona 2-0 in the Swedish second-tier league on Friday.

It was the former Ghana U20 striker's third goal in five games since joining the Degerfors on a three month loan stint from AIK Stockholm.