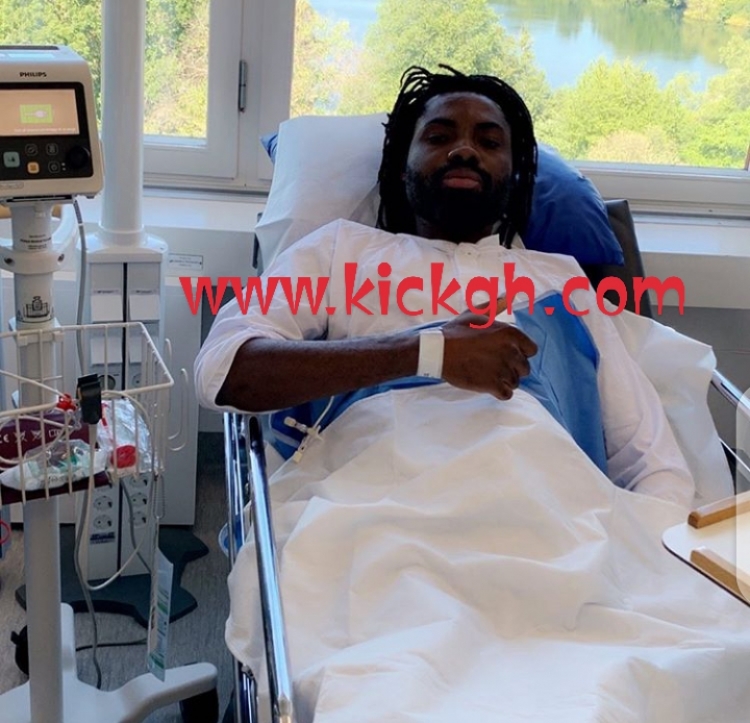 Former Hearts of Oak forward Kwame Kizito has been ruled of the 2020/21 season after undergoing a successful knee surgery according to a report by Kickgh.com.

The Ghanaian striker suffered a career-threatening injury on his debut game for Falkenbergs FF in the Swedish Allsvenskan.

The 23-year-old picked an injury which was later diagnosed as an anterior cruciate ligament injury in Falkenbergs FF 1-1 draw game against his former side BK Hacken at the Falcon Alkoholfri Arena in June.

After a successful surgery, the Ghanaian International will be on the sidelines for a long time and will miss the rest of the campaign.

The former Hearts of Oak striker joined Falkenberg FF this year after ending his season with BK Hacken after the 2019 Swedish Allsvenskan season.

Kizito has a running contract with the Swedish side Falkenberg FF until November 2021.