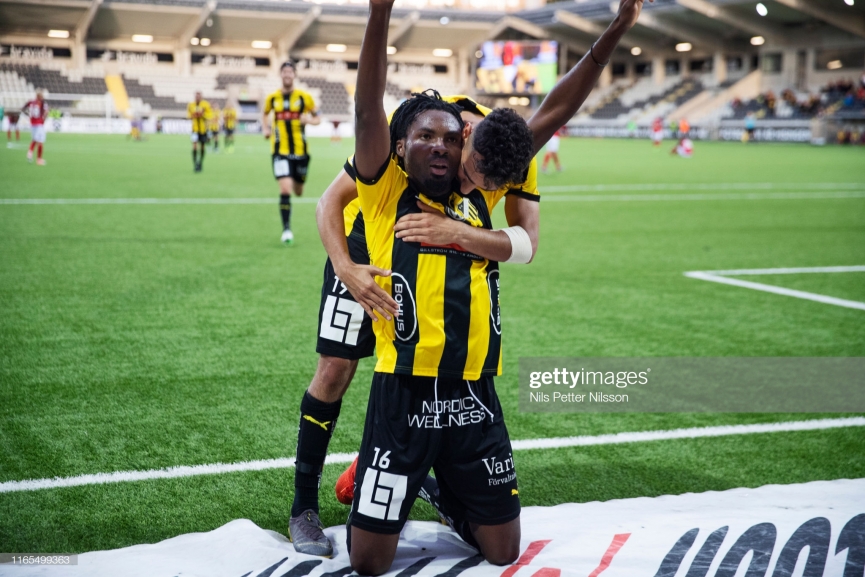 Ghana forward Kwame Kizito was the hero for BK Hacken as his second half strike ensured they play 1-1 share the spoils with Kalmar at the Guldfageln Arena.

After suffering a 2-1 home defeat to AIK, BK Hacken went into the game looking to get back to winning ways but had to share the spoils with Kalmar in the Swedish Allsvenskan oh Saturday.

His goal this afternoon makes it two in his last three league matches for BK Hacken in the Swedish top flight.