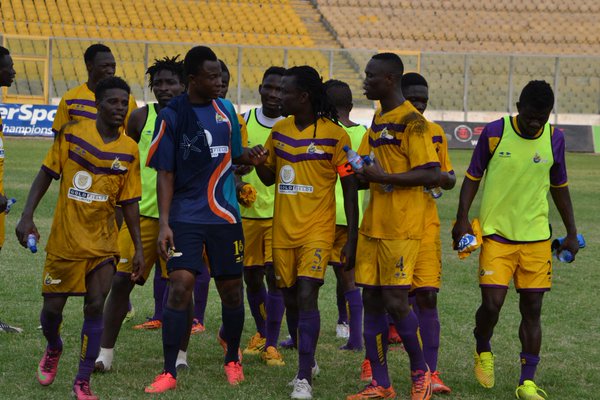 In-form Medeama midfielder Kwasi Donsu has issued a strong signal to Techiman City ahead of their clash this afternoon insisting the Techiman-based side will fall massively.

Medeama will take on Techiman City in their week twelve outstanding encounter after the game was rained-off on Sunday.

And Kwasi Donsu after the match was suspended because of the heavy rains in Tarkwah yesterday said the Green and Reds will be dismantled today.

“We were poised to destroy them yesterday but they were lucky the rains saved them.”

Medeama SC will be clearing their last outstanding game following their participation in the Caf Confederation Cup.