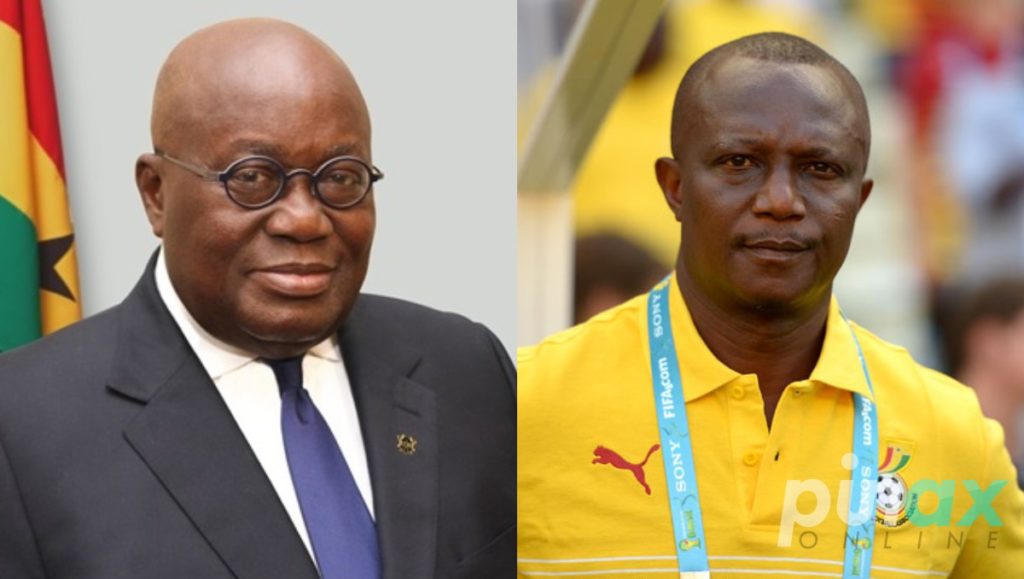 Former Ghana coach Kwesi Appiah has sent his immense appreciation to the country's President Nana Akufo Addo for giving him the chance to coach the national team.

This comes after after Appiah's expired contract was not renewed by the Ghana Football Association (GFA) with the federation said to have met with President Akufo Addo to convince him over the decision.

The GFA announced the sacking of all national team coaches on Thursday, two days after the contract of Appiah had expired on 31 December 2019 but Akufo Addo was said to have played a role in his appointment two years ago.

And now Appiah has moved to thank the country's President for the chance of coaching the national team.

“I thank the President H.E Nana Addo Dankwa Akufo-Addo for the opportunity to serve the nation," Kwesi Appiah said in a statement released on Sunday night.

"I also express my appreciation to the Ministry of Youth and Sports, as well as the Ghana Football Association for their support,” he stated.

But Appiah's removal has been the focus of the sackings for the public after the Black Stars unimpressive showing with their worse outing in 13 years at the Africa Cup of Nations in Egypt in June.

The move meant Kwesi Appiah was fired as coach of the men's senior team for the second time - tag the former Ghana captain is keen on avoiding.

Appiah's contract looks not to have been renewed because of Ghana's disappointing African Cup of Nations campaign last year in Egypt, when the Black Stars lost to Tunisia on penalties in the last 16.