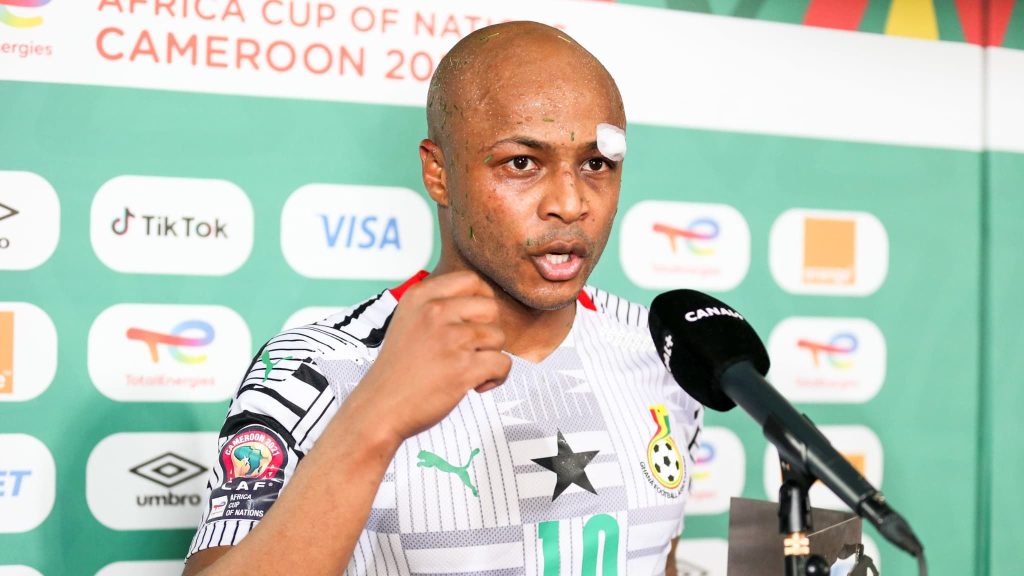 Hugely popular former Ghana FA capo Kwesi Nyantakyi has backed Andre Ayew comments that senior players MAY have selection advantage ahead of the 2022 FIFA World Cup - a claim which sparked widespread debate and divided opinion in the West African nation.

The 32-year-old argued that senior members of the current squad may have an advantage as Black Stars coach Otto Addo prepares to name his final squad for the global showpiece in Qatar.

“The newcomers are talented, but we already have a strong team that qualified for the World Cup, so every position is competitive. Apart from senior players who may have an advantage, I believe no one is guaranteed a place in the squad just yet," he told aljazeera last month.

The outstanding Ghana captain drew shocking criticism over the naked truth amid claims he was interfering with player selection.

"It's all depends on the coach. The management will only demand for a criteria for selection. It may be borne out of experience, goal scoring potentials whom if given the chance can deliver goals for the country. Performance of defenders and goalkeepers also come under the microscope," he told KINGS TVGH SPORTS.

"Every position has two or three players vying for the spot. But the final decision rest with the coach.

"Andre Ayew only expressed an opinion. It doesn't necessarily mean that's how the coach is going to do his work because he is not the gaffer.

" He even prefixed it with 'MAY'- Senior players may be able to make the coach's selection. But that doesn't make it automatic.

"It's not based on age or experience alone, the performance of an individual in totality determines a lot of things. It is a technical issue. What everyone says is an opinion and he also has an opinion.

"Andre Ayew has the right to express himself and  an opinion. Any other player too can express same or otherwise but it's not binding on the coach.

The comments drew criticism, but the majority of Ghanaians believe the Al Sadd forward spoke the truth.