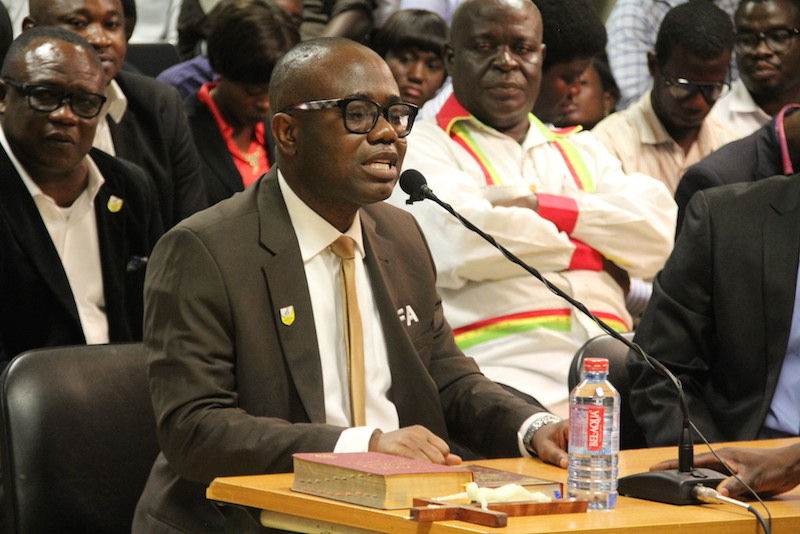 Ghana Football Association president Kwesi Nyantakyi insists equal attention is being giving to other national teams and not only the Black Stars.

Last week, the countryâ€™s President John Dramani Mahama launched a subtle attack in his State of the Nation address when he called on the Ghana FA not to overly concentrate on the senior national team.

Nyantakyi appreciates the Presidentâ€™s concern but has been quick to explain that all other national teams are given equal attention and care.

He argues that playing kits, technical expertise and pre-tournament training tours are the same for all national teams.

"To a very large extent a lot has been done probably on the blind side of the country. Many people who are not closely attached to the teams may not know what we do for the junior national teams,â€ Nyantakyi told Joy FM.

"If we look at the technical teams, the level of expertise we recruit for the Black Stars is what we are now trying to transfer to the other national teams.

"If you look at kitting, for instance the Puma contract, although the focus is the Black Stars the quality of kits given to the junior teams are not different from what the Black Stars gets.

â€œThe same jerseys we get from Puma [are enjoyed] by all the teams including the womenâ€™s team.