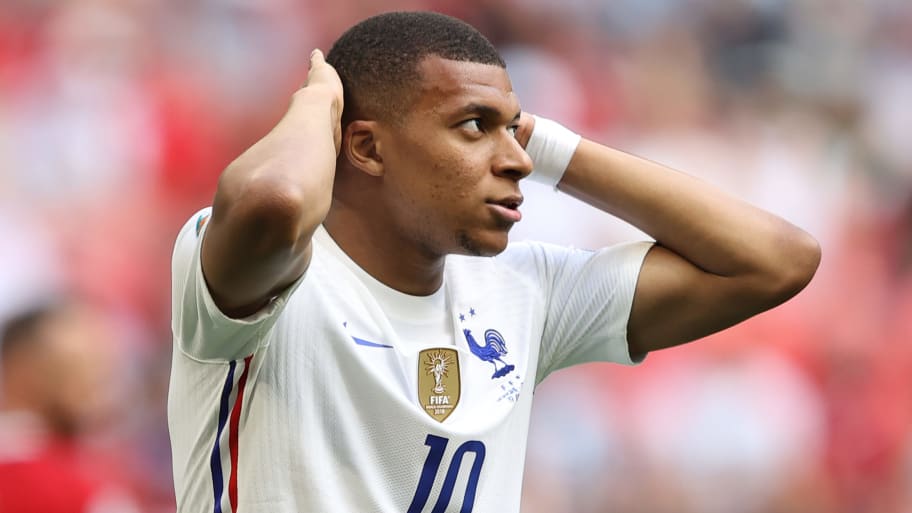 Real Madrid could wait until the summer of 2022 to try and sign Paris Saint-Germain superstar Kylian Mbappe in the hope that he will have run down his contract at Parc des Princes by then and be available as a free agent.

Real have wanted Mbappe for years, but a troubling financial situation will make it difficult to secure the Frenchman’s signature this summer while he will still command a huge transfer fee.

In France, RMC journalist Daniel Riolo has claimed that the player has made up his mind that he wants to leave PSG declaring, "I know that Mbappe asked to leave... the news is that Mbappe does not want to stay."

That would be a significant blow for PSG, who have to consider trying to sell him before next season rather than risk the possibility that he leaves for nothing in 2022 instead. But, as Riolo also points out, deciding to leave is only half the battle because for a transfer to happen this summer it requires a club to come forward with the necessary funds to buy him.

However, even if there is no buyer this year, if Mbappe really has decided to leave he will be able to without a transfer fee in just 12 months anyway. That scenario is seemingly what Real now ideally want to happen as their ability to gather the necessary funds for an offer this year is in question during what is a financially challenging period.

The Athletic cites sources close Los Blancos that suggest a deal for Mbappe before next season now ‘verges on impossible’. Instead, Real’s primary business this summer is expected to focus on raising funds and cutting the wage bill by selling existing players, paving the way for an Mbappe approach in 2022 when they hope he will be a free agent, negating the need to pay a transfer fee.

There is arguably no such thing as a 'free' transfer at this level as out of contract players typically command enormous signing bonuses, so having cash on hand will still be crucial.

PSG remain determined to convince Mbappe to sign a new contract. But while Real will still establish contact and make enquiries this summer, their preference is now to sign him in 2022.

Real are believed to be open to offers for Eden Hazard, Gareth Bale, Isco, Martin Odegaard and Luka Jovic, although returning coach Carlo Ancelotti is said to want to keep Hazard and Bale.

One player whose sale could raise significant income is Raphael Varane, even though they would prefer to keep him. The Athletic notes that Real are ‘increasingly resigned’ to losing the centre-back this summer after he has made it clear that he wants to move on and embrace a new challenge.

Varane’s contract expires in 2022 and he has expressed no desire to sign a new one.

Real are thought to have offered the Frenchman a new contract with pay rise but had not received any response from his camp by the time Euro 2020 started. Manchester United and PSG are the two clubs that have been most heavily linked with a move and Real will likely have to sell this year if they wish to avoid losing him as a free agent in a year’s time.

This article was originally published on 90min as Kylian Mbappe 'asks to leave' PSG but Real Madrid delay approach.