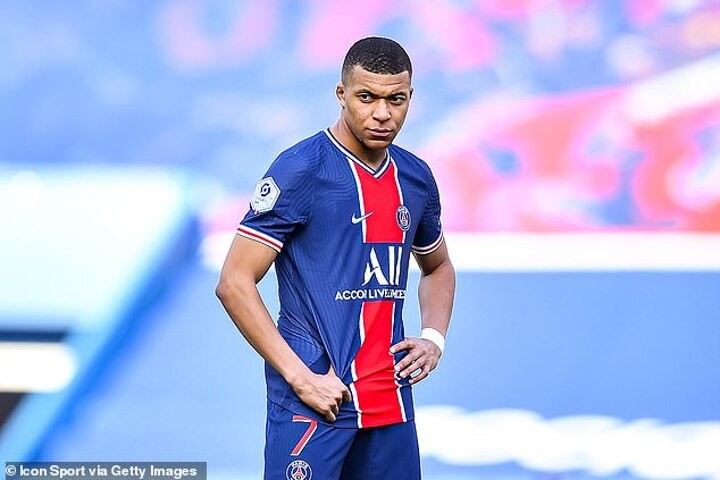 Kylian Mbappe is reportedly continuing to resist signing a new deal with Paris Saint-Germain, putting his long-term future at the club in doubt.

The Frenchman is out of contract in the summer of 2022 and the Ligue 1 champions have been trying to tie their star man down to an extension, with the hope of agreeing a new five-year deal.

However, The Telegraph report that the chances of Mbappe staying at PSG are now only 50/50 with the club worried he will look to leave at the end of this season.

PSG Sporting director Leonardo said the club will be 'happy' to talk about player contracts in the near future, suggesting he may have positive news on deals for Mbappe and Neymar.

He told Sky Sports Italy: 'We will be happy to talk about contracts soon. We will have to see how things are. Things will be more concrete soon.

'But for now we have to concentrate on the Champions League as we are entering the final phase.'

However, The Telegraph's report states that he was referring to their discussions with Neymar, rather than Mbappe.

The 22-year-old, who has been tipped to dominate world football for years to come alongside Erling Haaland, has not ruled out leaving PSG in the future and has been widely linked with a move to Real Madrid and Liverpool.

Reports in France recently suggested PSG have become impatient with the forward and his refusal to commit his future to the club.

They will be wary of losing the World Cup winner on a free transfer if they are unable to agree a new deal and could decide to cash-in before the start of next season.

Mbappe was on the scoresheet twice in the 3-2 victory over Bayern Munich in the first leg of their Champions League quarter-final tie on Wednesday.

He also scored a hat-trick against Barcelona in the previous round and has 20 goals and six assists in Ligue 1.

The forward admitted last week that he could look to leave France due to the negative media coverage he receives over his performances for the national side, calling the criticism 'tiring'.

He told RTL: 'When your play for a club in your country, when you give everything from your national team. At a certain moment, it tires you out, yes.

'It is different for the players who play abroad, who only come back to France for the national team.

'Me, I am here all the time, so I am spoken about a lot more. But I was aware of this context when signing for PSG.

'We will see for the future. Of course that (critics) plays a part too. Aside from that, it is not just that. The most important thing, is to feel good where you are and enjoy yourself every day.'