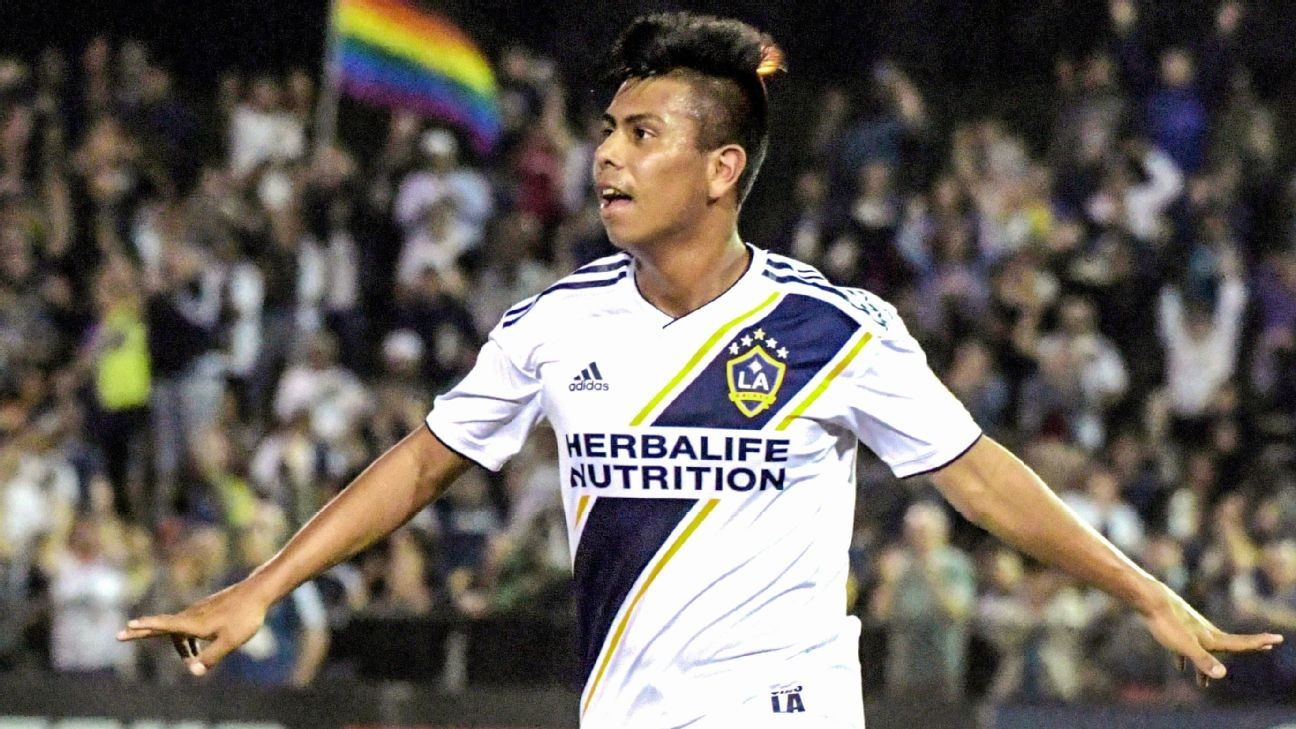 LA Galaxy forward Efrain Alvarez has been selected by both the Mexican and United States under-23 national teams, as the two nations compete to have the 18-year-old represent them at the CONCACAF Men's Olympic qualifying tournament.

On Tuesday, CONCACAF announced the official preliminary rosters for all eight teams participating in the 2020 Olympic qualifying tournament, set to be held in Guadalajara, Mexico from March 18 to March 30. Though Alvarez appears on both the rosters for Mexico and the United States, the player will need to make a decision by March 8, the latest any country can submit their final 20-player roster.

Alvarez, who was born in Los Angeles to Mexican parents, is eligible to represent both countries under FIFA's statutes for dual-nationals. In the past, he has played for the United States at the under-15 level before switching to participate with Mexico's under-15 and under-17 squads. With El Tri, Alvarez played in the 2019 FIFA Under-17 World Cup, scoring four goals and guiding Mexico to a second place finish.

"What I saw today in training is [that] he's a guy you want to be around the ball, a very creative player, has a good change of pace, very good in tight spaces," Berhalter said at the time.

Berhalter admitted that despite the invitation, Alvarez had not decided whether to pursue a one-time switch to join the United States and cement his international future. Under the new FIFA eligibility rules, players like Alvarez are able to change allegiances before the age of 21 if they have played less than three competitive matches at the senior level.

The tug of war for Alvarez is the latest in a longstanding struggle between both CONCACAF powerhouses over dual-national talent. Earlier this month, Santos Laguna star Santiago Munoz revealed he had been approached by the United States over a potential switch. Munoz was born in El Paso, Texas and grew up across the border in Ciudad Juarez. While Munoz was included in Mexico's preliminary list for the upcoming tournament, he was not selected by the United States this time around.

Mexico will face the United States in the final Group A match on March 24.