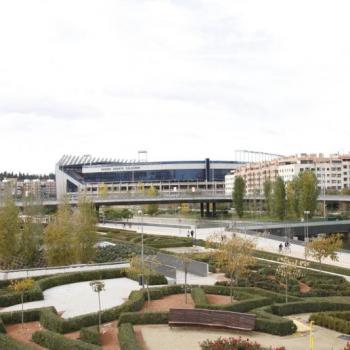 There are 16 months to go until the agreed delivery date for La Peineta, Atlético Madrid's new stadium, and the deadlines are being met scrupulously. Barring an unexpected turn of events, everything will be ready for the 'Rojiblancos' to move into their new home in June 2017.

Work only began on the stands back in November, yet the highest points have already been reached and intensive efforts are being made to complete this part of the structure on schedule. Meanwhile, in the club offices, decisions are being taken. One of the most pressing ones concerns what type of seating to install and what the distance should be between each seat and the various rows. The total capacity of the stadium will be around 68,000.

Another issue up for discussion is where the big screens will be located. Although this matter is on the table right now, the actual installation will be delayed for as long as possible to ensure that the model used remains state of the art by the time of the inauguration. A similar policy is being applied when it comes to telecommunications systems and other technology.