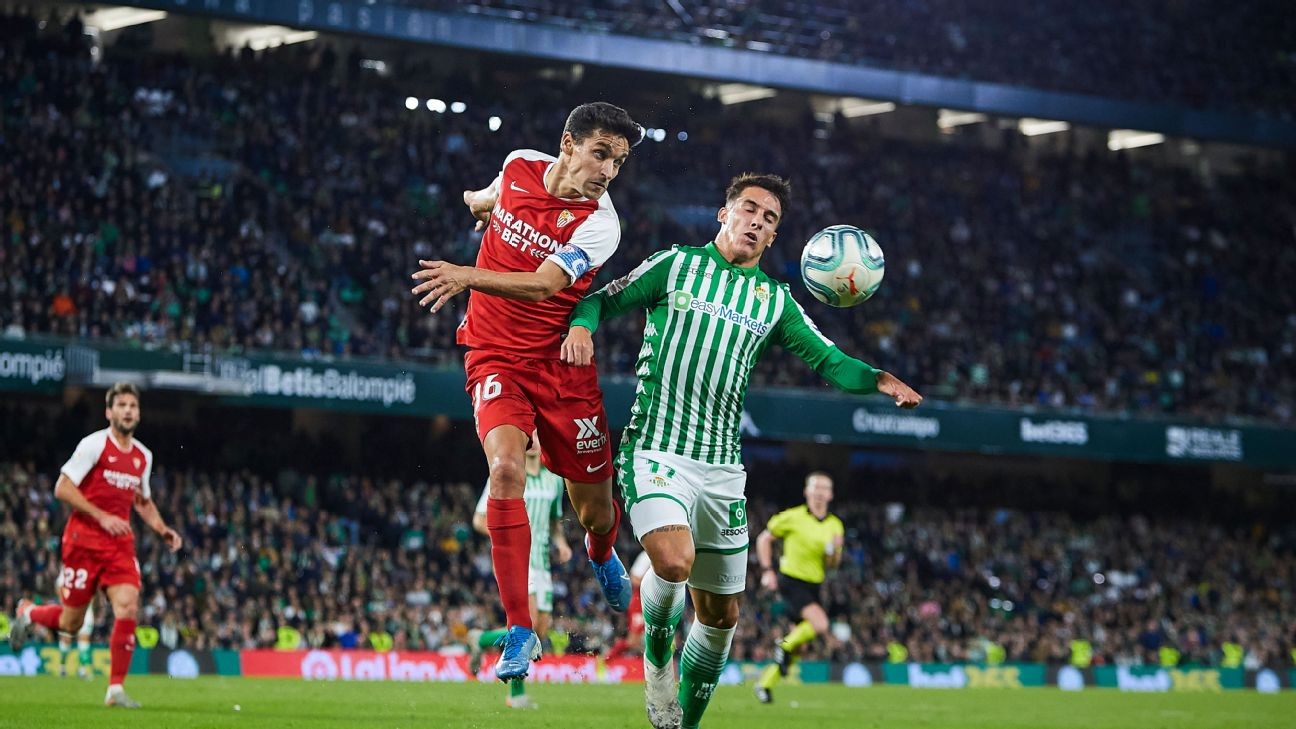 ESPN FC's Shaka Hislop discusses how the frequency of games will affect Barcelona and Real Madrid in the title race. Gab Marcotti discusses Lautaro Martinez's potential move to Barcelona and if Edinson Cavani could replace him.

La Liga president Javier Tebas has said he hopes the 2019-20 season can restart on Thursday June 11, with the date to be officially confirmed in the next few days.

Teba's announcement comes after Spain's prime minister Pedro Sanchez announced the return of competitive sport in the country from June 8.

"It will be the weekend of June 12 for sure, or even Thursday June 11," Tebas told Movistar. "It isn't decided yet, we have to hold the relevant meetings with the federation and the National Sports Council to discuss some outstanding issues. We have to see what happens with the phases, so that full training with all players can take place as soon as possible. We have to be cautious. We'll look at that first, and we're working with broadcasters too."

Tebas confirmed that the first match to be played in Spain's top tier will be between Sevilla and Real Betis.

"We could have the first game on Thursday 11 in Seville. We'd like it to be the Seville Derby," Tebas said. "If not, it would be June 12 or 13. But on June 11 at 10pm, that's the idea. Once we've officially announced the first game, we'll announce the first four matchdays. That should come early next week."

11 rounds of games need be played to finish the 2019-20 season, with matches every day so that the season can be completed before the end of July.

Matches will be played behind closed doors and following a strict safety protocol, which has now been finalised.

Tebas said that clubs should be in a position to move from group sessions to full training from June 1.

"In the last few hours we have seen that some players have broken health rules," it said. "These attitudes are totally incomprehensible and inadmissible, as they put at risk the completion of the competition. Any sign of relaxation is a lack of respect towards La Liga and other clubs, players and coaches."