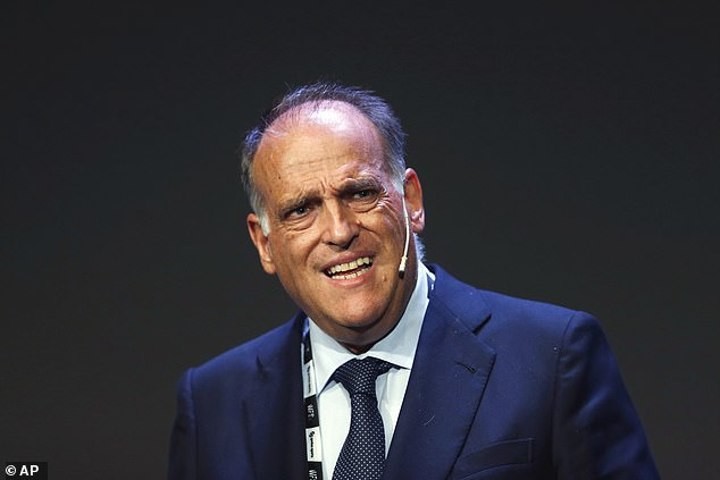 City learnt their fate from a year-long investigation that they will be barred from UEFA competitions for two seasons and fined 30million euros after UEFA deemed they had committed 'serious breaches' of financial regulations.

And Tebas, a staunch opponent of the free spending European clubs, expressed his delight in seeing City punished.

Posting to Twitter, the La Liga chief said: 'UEFA is finally taking decisive action, enforcing the rules of financial fair play and punishing financial doping is essential for the future of football.

'For years we have been calling for severe action against Manchester City and Paris Saint Germain. We finally have a good example of action and hope to see more. Better late than never.'

The reigning Premier League champions have stated they will take the case to the Court of Arbitration for Sport in the hope that the governing body will overturn the decision.

Former City forward Rodney Marsh has speculated that owner Sheikh Mansour could walk away from the club if the ban stands.

'If this decision is upheld it would not surprise me to see owner Sheikh Mansour sell the club,' he tweeted.

'He has been superb for City and this is a huge kick in the balls..... I wouldn't blame him.'