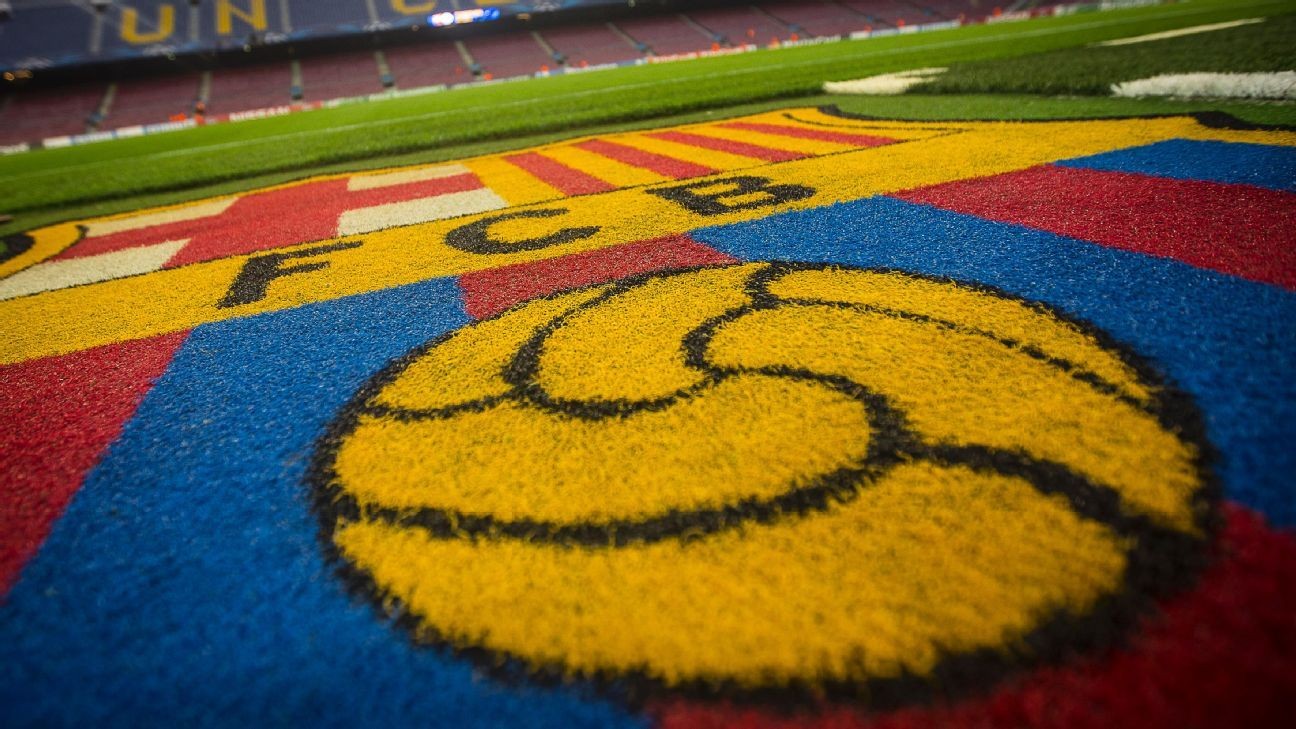 A Barcelona player has tested positive for coronavirus, the club confirmed on Wednesday, as Spanish clubs' preseasons continue to be disrupted by the virus.

The player has not been named but he was one of nine players who returned for pre-season training this week.

Barca confirmed in a statement he has not had any contact with the players or staff due to travel to Lisbon for the Champions League quarterfinal against Bayern Munich on Friday.

La Liga ended on July 19 but clubs have already returned to training with Sept. 12 slated as the provisional start date for the 2020-21 season.

However, clubs returning to work have been hit by a number of coronavirus cases. Nine clubs across Spain's top two divisions confirmed positives on Tuesday.

The majority of the identities of players who have contracted the virus remain anonymous.

Barca's first-team squad are involved in the Champions League but those returning from loans and new signings Pedri and Francisco Trincao were due to begin preseason training this week.

In total, a group of nine players underwent coronavirus tests on Tuesday and one result came back positive.

"The player has no symptoms, is in good health and has been quarantined at his home," Barca said.

A La Liga spokesperson told ESPN the league is focused on finishing the second division playoffs -- which have been delayed by coronavirus cases at Fuenlabrada, Real Zaragoza and Almeria -- and will then move on with plans to start the new season on Sept. 12.

"Of course we continue to monitor the COVID-19 situation closely and, as was the case with the restart back in June, we will do what we can to play in a safe, responsible way," the spokesman said.

The latest round of positive results come after further positives at Sevilla, Real Madrid and Atletico Madrid in recent weeks ahead of their respective European campaigns.

Madrid's Mariano Diaz tested positive before the Champions Leagues game against Manchester City, while Sevilla midfielder Nemanja Gudelj also contracted the virus as they prepared for the resumption of their Europa League campaign.

Atletico Madrid Women have also been hit by coronavirus. The Rojiblancas confirmed five active cases on Tuesday, with all training and activity halted just nine days before their Champions League quarterfinal against Barcelona.

Cases throughout Spain have continued to rise throughout July and August following the easing of lockdown restrictions in May and June.

On Tuesday, the Spanish health authorities announced that 8,618 new cases had emerged since Friday, with 1,486 diagnosed in the preceding 24 hours, taking the total of registered cases since the outbreak in the country to 322,980. Nearly 30,000 people have died.