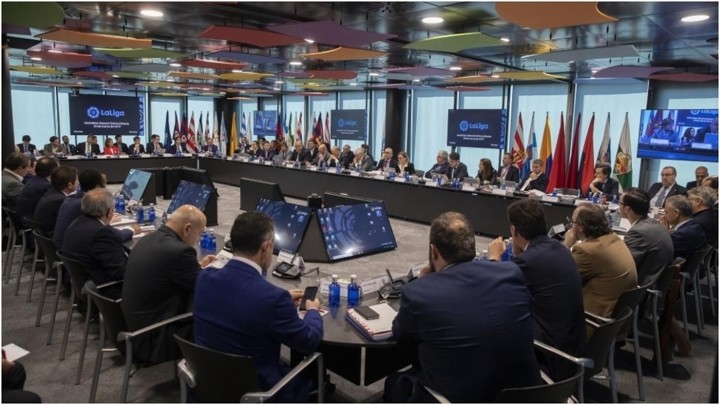 Football's authorities are having to face unprecedented challenges in these uncertain times.

One of them is preparing for the future, which means softening the blow that the coronavirus will have on the sport and its industry.

LaLiga, for example, had estimated that it will lose around 648 million euros if the remaining part of the 2019/20 season cannot be completed.

There is no doubt that LaLiga want to complete the current campaign and they're working with UEFA, FIFA and even the Spanish Football Federation (RFEF) to make that happen.

However, they too have to prepare for the worst-case scenario, which is that the remainder of the season cannot be completed.

If that is the case and no more matches are played, LaLiga now estimate that they will lose 956.6 million euros.

Should the remaining fixtures be played behind closed doors, which is the most realistic option at the moment, the estimated loss will be 303.4 million euros and if they're played in front of a crowd like normal, the loss will only be 156.4 million euros.

AFE president David Aganzo is currently considering these predicted figures, put forward by Javier Tebas, and will give a response to it after consulting the players.

It's up to them to decide whether they want to foot the bill for half of the losses the league is going to make.

As for the clubs, they see the proposals as reasonable in order to limit the economic damage of coronavirus on Spanish football.