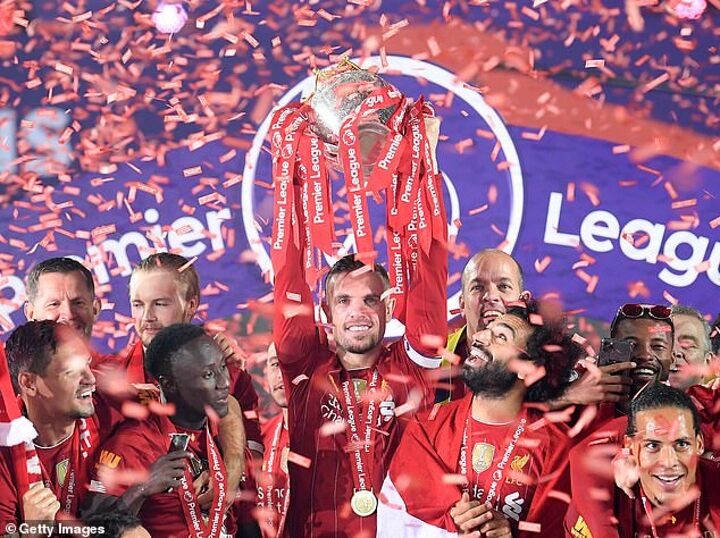 The president of the Spanish top flight, Javier Tebas, has thanked English football for stopping the European Super League in its tracks, but warned the project is not dead.

And Tebas has launched another astonishing attack on FIFA, repeating his claim that its president, Gianni Infantino, met with the Super League plotters ‘in secret’ and lent it support. [See below].

That allegation was strongly denied by Infantino last week at the FIFA Congress.

The La Liga chief, who is well known for his strident views, was speaking at a meeting of the European Leagues, a representative body that includes the Premier League, among 35 competitions across Europe.

He did nothing to hide his anger at the Super League project, as well as his contempt for how the 12 founding clubs, including the Spanish giants, Real Madrid, Barcelona and Atletico Madrid, tried to hoodwink the rest of European football when they launched their project in April.

Tebas described the project as a ‘coup d’état’, but he said it was a plot English football foiled.

‘We have to recognise this fairly. There, they led the fact the super league model was quelled.’

The football world was shocked after 12 founding members - including the Premier League's Big Six - signed up for the breakaway Super League, which threatened the future of UEFA's elite competitions, the Champions League and Europa League.

In a chaotic 48 hours amid mass protests from across Europe from fans, media and even politicians, the plans came to a shuddering halt with teams withdrawing one by one. However, Barca, Madrid and Juventus have still not renounced their involvement.

And Tebas does not believe the saga of a Super League is finished.

‘Is the Super League dead?’ asked Tebas. ‘No, for me, it is still alive. The format of the Super League of course is dead. But it is not just a competition format. It is an ideology that started 20 years ago… It is the big dream of some of those clubs.’

He added: ‘The driving force is [the idea] that the only people who generate revenue are the big clubs.

‘They think they are saviours of football and the rest of us are naïve, stupid puppets.’

He added: ‘We all contribute to ensure our industry and competitions grow. We say all clubs are important. They are not coming to save us.’

And Tebas highlighted the secretive approach of the Super League plotters.

‘If it was good for football, this great idea, why have you done it in hiding?

The Spanish league president insisted that the claims of the Dirty Dozen over modernising football were misleading.

‘[Real Madrid, Juventus and Barcelona] are going to give us a lesson about what modernising European football is about, these three clubs? It is not the clubs, its Florentino Perez, Joan Laporta and Andrea Agnelli.

‘They are not going to give us any lessons… Do they think they are cleverer than we are?

The Super League had claimed that the new competition was required to save football from a financial crisis. But Tebas, speaking to 600 delegates in Madrid and on Zoom, poured scorn on the suggestion.

Tebas said the rebel club’s idea of modernisation involved ‘transferring the money from domestic leagues to a series of clubs’.

He added: ‘Do not deceive us. We know what is going on…We all know this. We are not stupid. It drives me mad.

Disciplinary proceedings have been opened against the three rebel clubs over their involvement in the aborted European Super League, UEFA announced earlier this week.

That action could include suspension from two years of European competition.

However, the trio remain unrepentant and on Wednesday launched a stinging rebuke to UEFA.

In an extraordinary joint statement the clubs reiterated their commitment to 'modernising football' and  accused UEFA of 'coercion... towards three of the most relevant institutions in the history of football'.

The statement added: 'This alarming attitude constitutes a flagrant breach of the decision of the courts of justice, which have already made a clear statement warning UEFA to refrain from taking any action that could penalise the founding clubs of the Super League while the legal proceedings are ongoing.'

'Therefore, the opening of disciplinary proceedings by UEFA is incomprehensible and is a direct attack against the rule of law that we, the citizens of the European Union, have democratically built up, while constituting a lack of respect toward the authority of the courts of justice themselves.

The Super League obtained an interim judgement from a Madrid court banning UEFA and FIFA from making more threats or doing anything to intimidate the breakaway league or any of its participants. The legal issues behind the judgement are now being considered by the European Court of Justice.