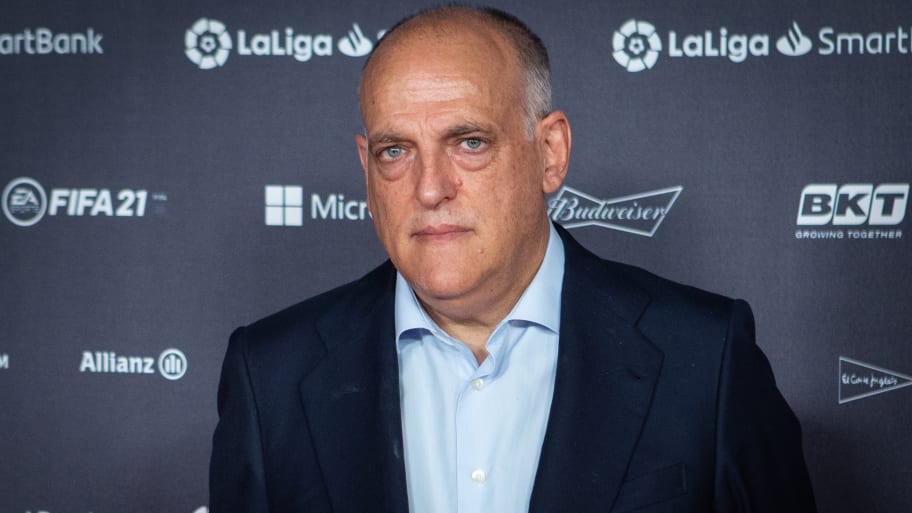 La Liga president Javier Tebas has confirmed he filed a complaint over Manchester City's deal to sign Erling Haaland and plans to do the same regarding Kylian Mbappe's contract extension at Paris Saint-Germain.

The two players were among the top summer targets of La Liga's top sides, Real Madrid and Barcelona, but both sides ultimately felt unable to compete with the finances that took Haaland to Manchester and kept Mbappe in Paris.

Shortly after Mbappe's extension, Tebas vowed to report PSG to anybody who would listen, threatening to UEFA, the French government and the European Union to voice his concerns over the Ligue 1 side's financial dealings.

That official complaint has not yet arrived, and it appears as though that's because Tebas was initially focused on complaining about Haaland instead.

"I'm not standing up for Madrid over the Mbappe issue, I'm standing up for European football," he told a conference. "Consenting to these operations outside the market when those clubs are... it's more dangerous than the Super League.

"PSG are now going to end up with losses of €200m, they already had a loss of €300m... and now they go and renew Mbappe with those amounts. They're going to have to cheat, I don't know if that's by paying outside of France or by getting a lot of sponsorships, which they already do.

"As for City, [Mino] Raiola made it very clear when it came to commission. They must have done something, because Haaland asked clubs for more than just the €60m that has been paid.

"This week, we will complain over PSG, last week we did it with City."

Ligue 1 chairman Vincent Labrune has already hit back at Tebas for his criticism of the French side, accusing the La Liga chief of watching on as Real and Barcelona broke multiple financial rules of their own without any punishment.