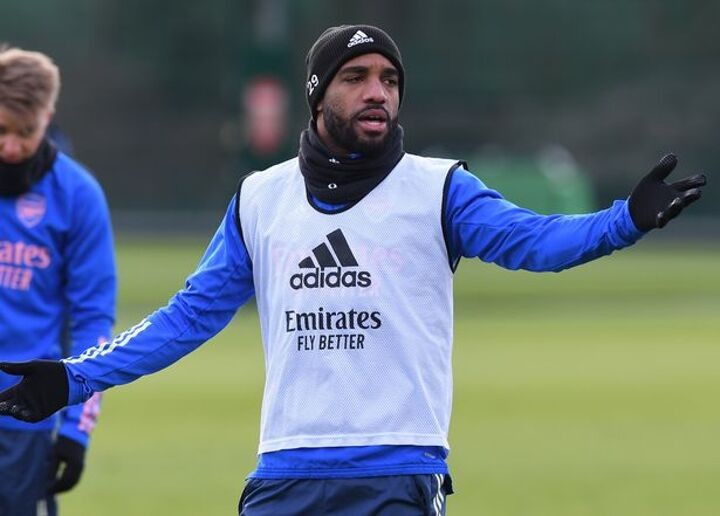 Alexandre Lacazette is facing an uncertain Arsenal future and could be set to leave the club this summer.

According to Football.London, the Gunners will let the Frenchman go at the end of the season for the right price as he enters the final year of his contract.

Mikel Arteta has remained tight-lipped on Lacazette’s future, but it is reported that Arsenal are unlikely to offer him a new deal and will look to recoup a fee for the former Lyon man.

"We will talk in the summer and make a decision on what is going to happen," said Arteta in January.

"We haven't talked about anything relating to his contract. I'm delighted with the way he is performing, the goals he is scoring and the form and energy he is in at the moment. He needs to keep doing that.”

Selling for the right price may be a smart move from a business stand-point with Lacazette, now 29, entering the latter stages of his career.

But whilst it would allow Mikel Arteta to reinvest in a younger option, letting an experienced and influential member of the dressing room depart carries an element of risk.

In a side with plenty of youngsters coming through, Lacazette’s role has been talked up.

After an impressive display in a 3-0 win over Newcastle earlier this season, Emile Smith Rowe singled out the Frenchman.

"Alexandre Lacazette, playing with him up top, really helps me,” Smith Rowe said.

“He gives me a lot of confidence off the pitch and he talks to me a lot.”

After Lacazette was back amongst the goals against Leicester at the weekend, ex-Gunners star Martin Keown stated he had heard rumours about the importance of Lacazette’s role on the training ground.

“I think Lacazette actually with all these youngsters they really look up to," he said while commentating on BT Sport.

"I am being told that he is great with these players.

"You need that role model, don’t you, in and around the youngsters?”

Lacazette’s dressing room standing appears to mean his influence carries beyond just what he brings on the pitch.

Replacing those qualities might be a challenge as young players continue to make their way and benefit from his guidance.

There are also question marks over the future of academy graduate Folarin Balogun, one of the obvious contenders to try and replace him in the side.

Having lived to regret letting senior players leave in the past, the Gunners may be wise to think twice about Lacazette’s future over the coming weeks.