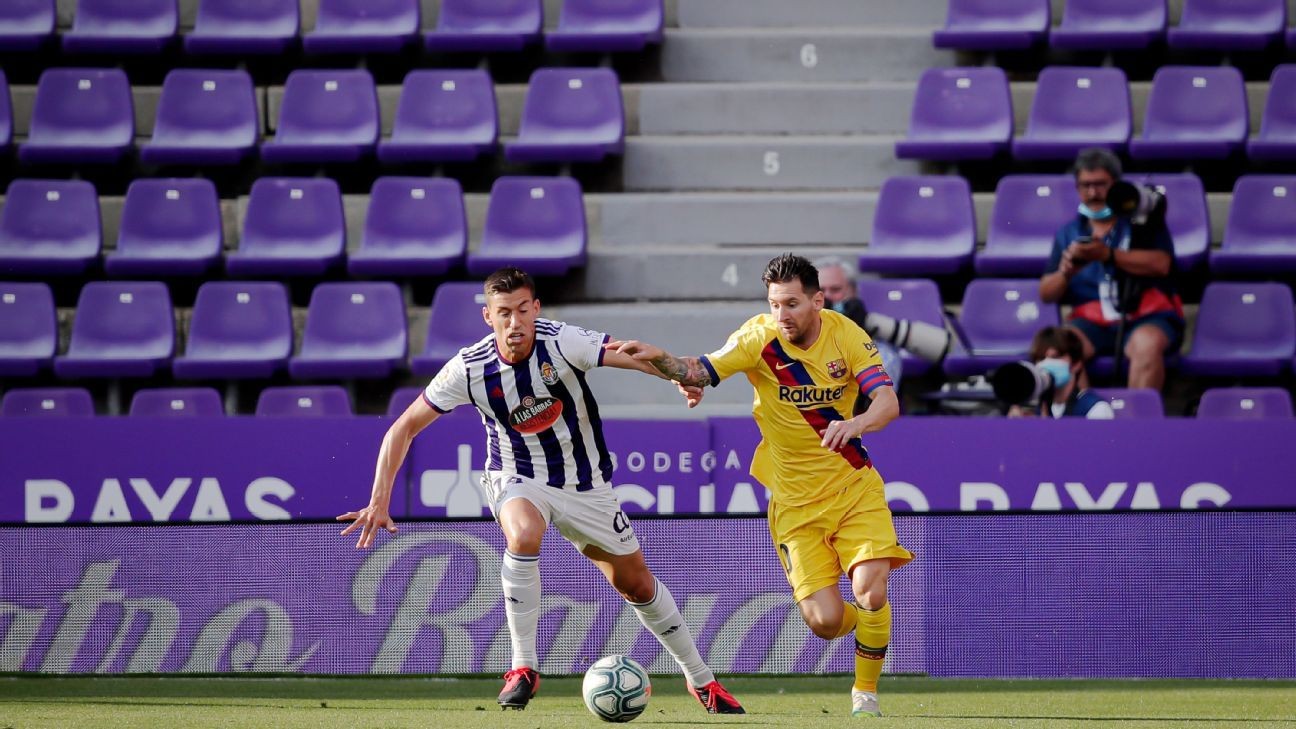 Quique Setien says tiredness is catching up with Barcelona as they produced a lacklustre display to beat Real Valladolid 1-0 on Saturday to keep their faltering title bid alive.

Arturo Vidal scored the only goal of the game in the 15th minute at the Jose Zorrilla Stadium in what was Barca's ninth match in 28 days since La Liga resumed last month.

Valladolid pressed for an equaliser after the break but Barca goalkeeper Marc-Andre ter Stegen was equal to everything that was thrown at him as the Blaugrana closed the gap on league leaders Real Madrid to one point, albeit having played a game more.

"We could have finished things off by half-time by scoring two or three goals the way we played," Barca coach Setien said in a post-game news conference.

Ter Stegen gets an 8/10 to rescue points for Barcelona

"It was really comfortable up until that point. But by the end of the game, the team was tired. We played less than 72 hours ago [beating Espanyol 1-0], it was really hot out there and a lot of the players weren't fresh."

Barca have dropped points in three of their last nine games, seeing a two-point lead over Madrid turn into a four-point deficit before this weekend's games. If Madrid win two of their last three matches, they will be champions.

Setien has come under pressure as a result of the six-point swing and the performance against Valladolid again led to questions about his tactics.

Captain Lionel Messi is perhaps one of the most tired players. The forward, who turned 33 last month, is the only outfield player to have played all 810 minutes since the league restarted.

He set up Vidal's goal against Valladolid for what was his 20th assist in La Liga this season but he's scored just once -- a penalty against Atletico Madrid -- in his last seven games and Setien admitted he may need a rest.

"I'm sure he will [rest] at some point," Setien said. "I've mentioned it to him but the score was very tight tonight. If we'd scored more goals in the first half, more players would have been rested later."

Setien also confirmed that Antoine Griezmann was taken off at half-time because of a minor problem, with the French forward to undergo tests on Sunday.

Barca are next in action on Thursday when they travel to Osasuna for their penultimate game of the campaign. But if Madrid beat Granada on Monday, they will be crowned champions for the first time since 2017 with a victory against Villarreal on the same day.