The league's organizer took into account the 2019 season and the first two matches of 2020.

Cristian Espinoza of San Jose Earthquakes is third with 81.

Blessing, who is quick to drop his shoulder and evade pressure in the central third, tallied 79. 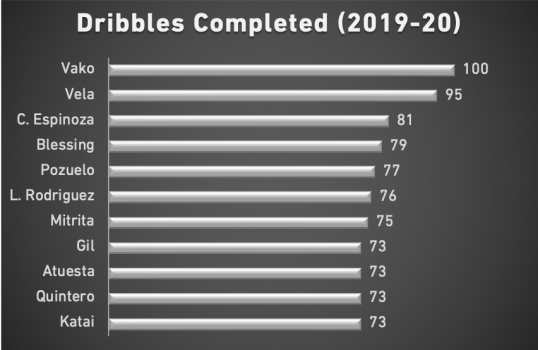