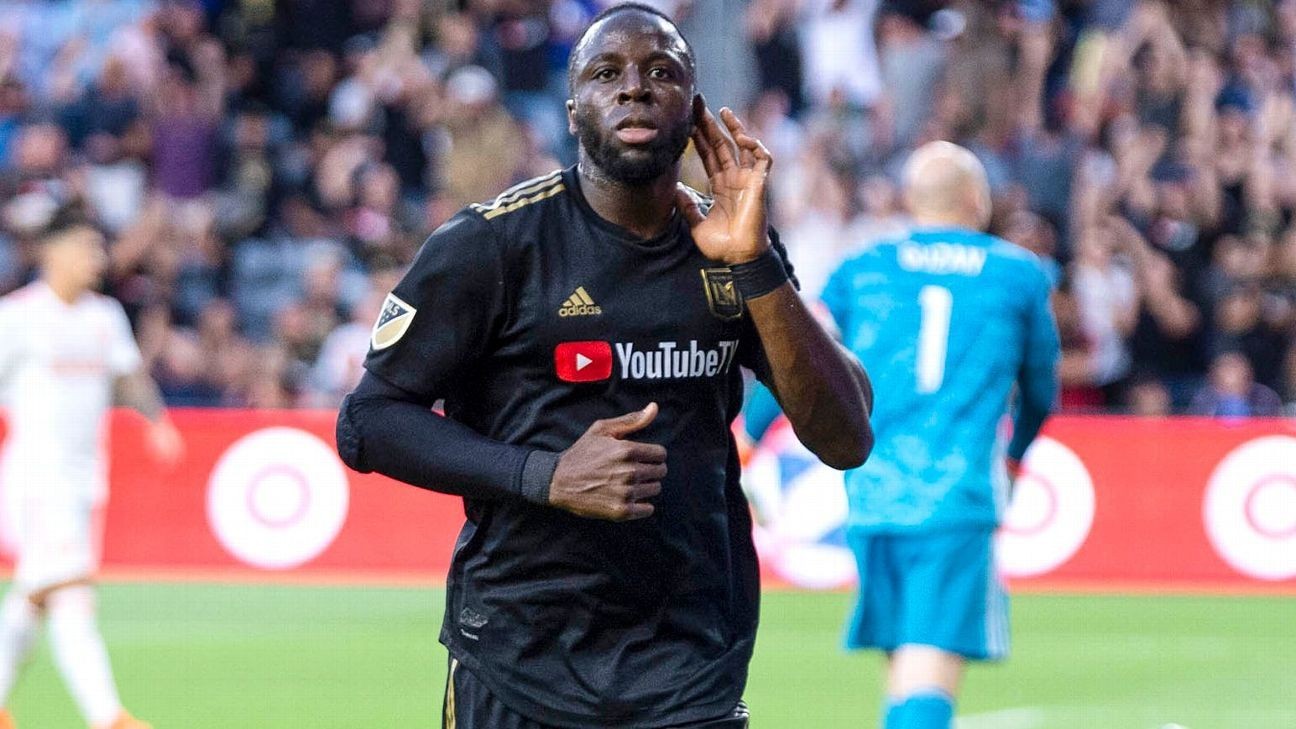 LAFC forward Adama Diomande has announced he is leaving the club, with the team saying later on Thursday that the two parties had agreed to mutually part ways.

Diomande cited the "many family priorities in my life" as the reason for his decision, writing on Twitter, "I have decided to terminate my contract with immediate effect in order to best care for my loved ones."

Diomande was a valuable backup striker for LAFC in 2018 and again in 2019 when the club finished with Major League Soccer's best record. The 30-year-old Norway veteran scored 12 goals in just 18 games during LAFC's inaugural season in 2018, and he added eight regular-season goals last season.

But Diomande missed the last month of the 2019 regular season after voluntarily entering the league's substance abuse and behavioral health program. He said he made the move to handle a pressing family issue, and he scored two goals in the MLS postseason after returning.

He then broke a bone in his foot during the preseason this year. He played only 16 minutes in the MLS is Back Tournament in Florida this summer before injuring his foot again and leaving the team.

"I have put a lot of thought into this decision and have come to the conclusion that it will be the best for all parties," Diomande wrote. "I would like to thank the club for [its] understanding and our enthusiastic fans. From the bottom of my heart I will never forget [these] valuable experiences and moments that we shared on and off the field."

Later on Thursday, LAFC general manager John Thorrington said in a statement: "We believe that being an LAFC player is about more than just what happens on the field. Dio made us aware of a personal situation he is dealing with, and together we were able to work out a solution for both parties.

"We wish him all the best and are thankful for everything he helped us accomplish in Los Angeles."

Diomande's role as a backup or striking counterpoint to MLS MVP Carlos Vela could be filled largely by Bradley Wright-Phillips, who has been outstanding since joining LAFC. The longtime New York Red Bulls star scored three goals in three games at the Florida tournament.

Diomande made nearly $935,000 last season, ranking him fourth on the club. He began his pro career in Norway and spent three years at Hull City before moving to LAFC and being reunited with Bob Bradley, his onetime coach at Stabaek.

LAFC resumes the MLS regular season Aug. 22 against the LA Galaxy (stream matches live on ESPN+ in the U.S.).