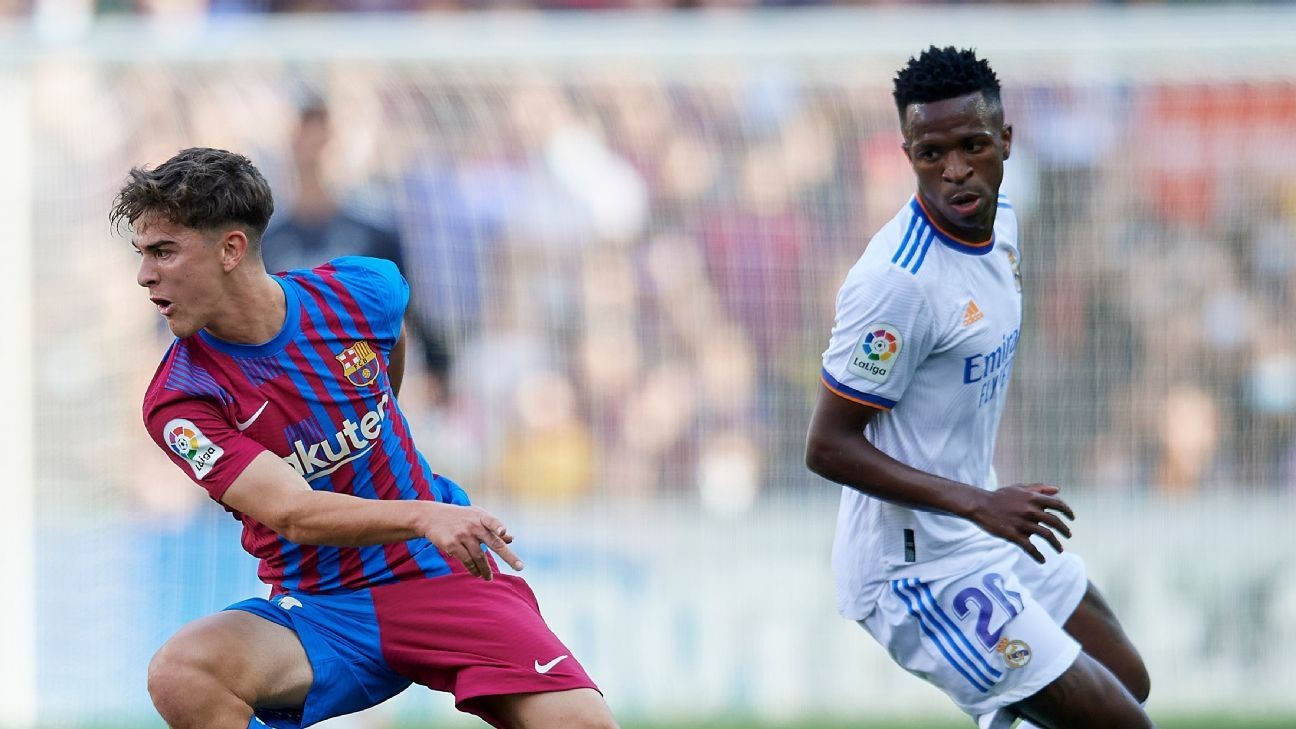 Real Madrid will travel to newly promoted Almeria on the opening weekend of the 2022-23 LaLiga season while Barcelona host Rayo Vallecano -- with the two giants meeting in the campaign's first Clasico on the weekend of Oct. 16 -- after the fixture list was released by the Spanish football federation (RFEF) on Thursday.

Atletico Madrid, who finished third behind champions Madrid and second-placed Barca last time, will begin the season away at Getafe while Sevilla, who finished fourth in the final Champions League spot, will play away at Osasuna.

The first Clasico on matchday 9 will be played at Madrid's Santiago Bernabeu stadium, with the return fixture at Barcelona's Camp Nou taking place on the weekend of March 19, 2023.

The calendar was confirmed in a draw at the RFEF's headquarters outside Madrid, being chosen at random from a series of possible alternatives. The 2022-23 LaLiga season, which will be broadcast on ESPN+ in the United States, will begin on the weekend of Aug. 14, 2022 and end on the weekend of June 4, 2023.

Games will take place between Friday and Monday each weekend -- with the exception of some midweek rounds -- with kick-off times being selected by LaLiga at a later date.

Unusually, the league season will take a break for the 2022 World Cup in Qatar on Nov. 9 and return when the tournament is completed on Dec. 29.

Real Madrid's opening fixtures will see them face Almeria, Celta Vigo and Espanyol -- all of them away from home, as construction work continues on the redevelopment of the Bernabeu -- while Barcelona's first three games are against Rayo, Real Sociedad and Real Valladolid.

Carlo Ancelotti's Madrid, who have already signed Antonio Rudiger and Aurelien Tchouameni this summer after missing out on Kylian Mbappe, will set out to defend their LaLiga title after they ended last season 13 points ahead of Barca.

The Catalans -- who are working on easing the financial constraints that have prevented them from making any summer signings so far -- will be looking to close the gap on their rivals under coach Xavi.

Diego Simeone's Atletico will hope to recover the form that saw them win the league in 2020-21, while Sevilla, Real Betis, Real Sociedad and Villarreal will look to once again battle for a place in the top four.