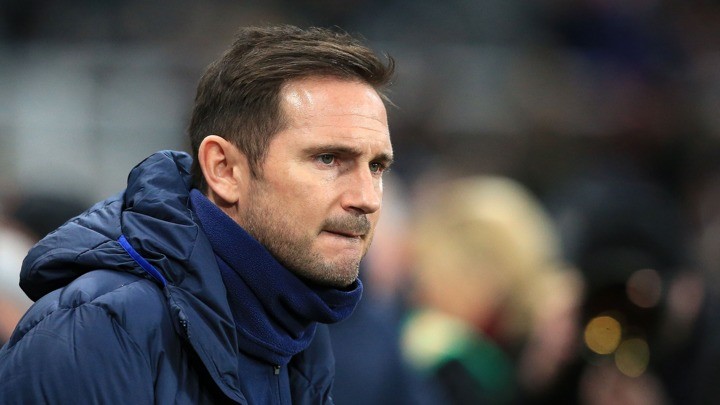 Frank Lampard is looking forward to the return of “proper football”, but the Chelsea manager admits standards in the Premier League may slip as games are staged behind closed doors.

Plans are being pieced together to get competitive football back on the agenda in England, with the coronavirus pandemic having left the game in a state of indefinite lockdown since mid-March.

Teams are starting to return to training, with it suggested that fixtures could be taken in from June – with there still several issues to be addressed at opposing ends of all divisions.

Lampard is eager to get going again, as his Chelsea side chase down a top-four finish and FA Cup glory, but concedes that a lack of supporters will make it difficult to generate passion.

“There are clear things that are going to be affected, you may not get to the level of what we get with crowds because that’s why the Premier League is for me the best in the world, because our home fans drive us on and that’s why home advantage is so important but when you go away, that hostility and tribalism sometimes drives you on as well. It’s a beautiful thing.

“Of course it’s football [the behind-closed-door games]. There will be things that are different and I’ll have to speak to the players about that but when there’s three points and when you’re playing for your team and you want to get somewhere in the league, then of course the focus is there.”

Lampard is keen to ensure that all of his players feel as comfortable as possible when being welcomed back into the fold, with N’Golo Kante among those to have expressed concerns regarding a return to action.

Chelsea are working hard to make their environment safe, with their manager pleased to have a star-studded squad back within earshot.

He added: “One of the things for me as a manager that I’ve learnt in this two-month period is that communication is so key.

“When we went into isolation we all felt like we went into this crazy bubble that we’re not used to. Me sending messages to the players and asking how they felt was so important.“I didn’t want to bombard them so they were bored of me but I did want them to know that I’m here.

“As the talk of restarting came it was an important conversation that we had collectively. Everybody is different and we’ve seen that with the reaction of players and that has to be respected in all ways.

“We work every day as a family and a team and we’ll respect everyone and how they feel about the restart and coming back to work.”