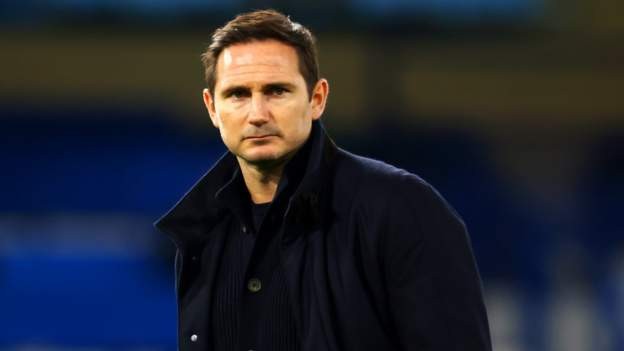 Lampard has already held talks and further discussions are expected in an increasingly chaotic process.

Pereira was in pole position 48 hours ago after impressing in his interview and is still under consideration.

But a toxic reaction from Everton fans to his proposed appointment means Lampard is now a leading candidate.

Derby County manager and former Everton striker Wayne Rooney is also on the shortlist although he appears to be the outsider.

Lampard, who finished fourth and reached the FA Cup final in his one full season at Chelsea before being sacked in January 2021, is emerging as a choice who would at least unite an increasingly disgruntled fanbase.

Pereira tried to placate fans by conducting a lengthy television interview detailing his talks with Everton's power-brokers and his plans should he be appointed, but it has failed to erase concerns about his credentials from supporters.

He is currently out of work having been sacked by Turkish club Fenerbahce in December.

Everton's attempts to find a successor to Rafael Benitez have appeared dysfunctional from the moment an attempt to appoint Belgium coach and former Toffees manager Roberto Martinez - the first of five Goodison bosses sacked by Moshiri in May 2016 following fan protests - was blocked by the country's FA, who would not sanction the move in a World Cup year.

There was a sit-in and protests after Saturday's home defeat to Aston Villa and those have continued this week outside the club's city centre headquarters and also at Goodison Park on Wednesday night, when hundreds of fans gathered at the stadium.

Moshiri's regime and chairman Bill Kenwright were targets for angry supporters but there was also fury and banners directed at agent Kia Joorabchian, who has been identified by Everton fans as wielding too much influence over the owner.

Amid the unrest, Everton have slumped towards the relegation zone after one win in 14 league games has left them four points off the bottom three.

Meanwhile, the Toffees have confirmed midfielder Abdoulaye Doucoure and Fabian Delph will be out for a minimum of four weeks.

Doucoure was forced off with a groin injury against Aston Villa last weekend while Delph picked up a thigh problem in training.