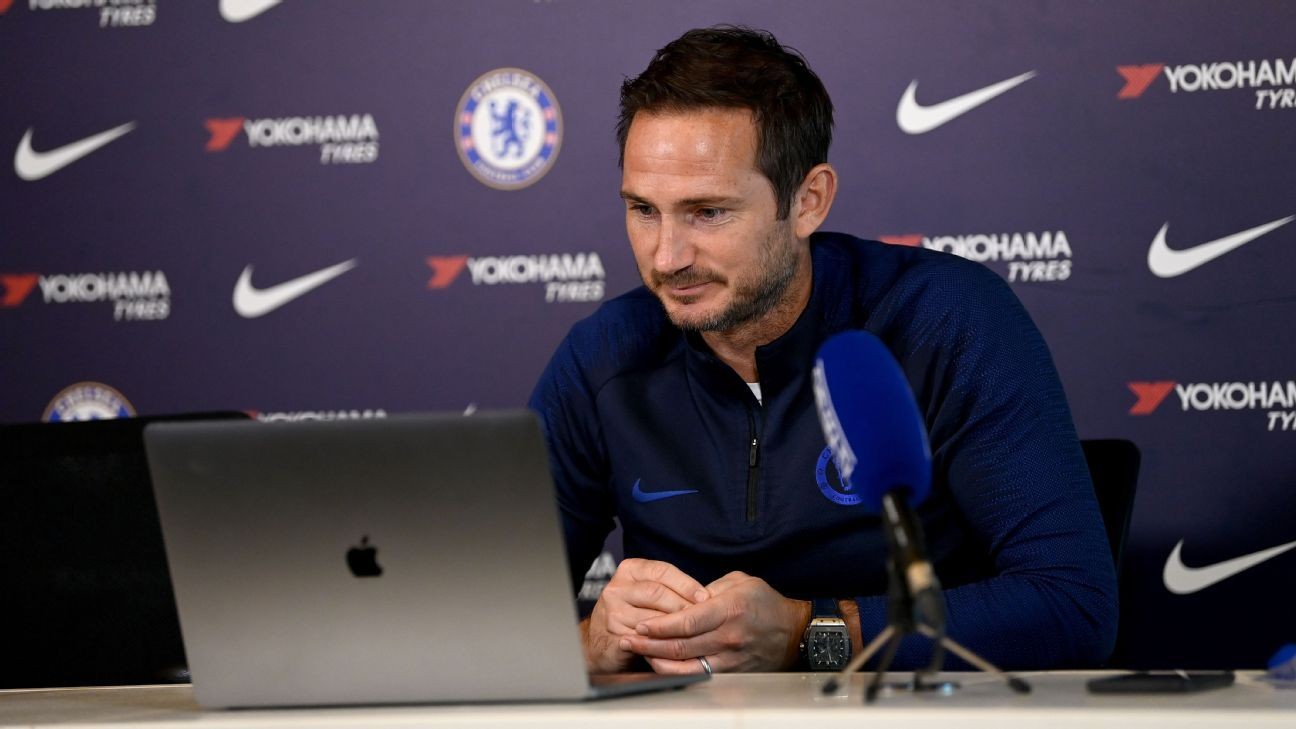 Chelsea manager Frank Lampard has said Manchester City's successful appeal against their two-year ban from European competition does not increase the pressure on Chelsea in the race for the top four.

The Court of Arbitration for Sport (CAS) announced on Monday that City had been cleared of "disguising equity funds as sponsorship contributions" relating to UEFA allegations of Financial Fair Play breaches between 2012 and 2016.

CAS said City failed to co-operate with UEFA's authorities but overturned their suspension from European competition and reduced a €30 million fine to €10m.

"We're sitting in third, it is in our hands," Lampard said. "I wouldn't have liked the players to be thinking 'there's an extra place, does that mean we can relax a little bit more?' It can't be the way. The pressure is there to get Champions League football. It is just what happened this morning. It is clear now, what the positions are and we have to fight for it.

"I was pretty neutral on it really. I don't know much about the case, any of the details, so I just listened to the result as everyone else did this morning.

"I genuinely don't see beyond the games we have. We've got a few games now, we know that. We want to win them and then see if it gets us Champions League football for next season. I was never pinning my hopes on it meaning an extra team got in or not. I was worried about ourselves. If we can win enough games now we can get into Champions League qualification.

"We are at a critical stage of the season. It is Norwich tomorrow [Tuesday] and then in terms of the league, Liverpool and Wolves. We know what's in front of us. We know we have the capabilities in the squad, within the team because we've shown this season at lots of different points the reasons that have got us into third position. Now we need to try and finish the job."

With City sitting in second for much of the campaign, it long appeared that a fifth-placed Premier League finish would be enough to guarantee Champions League football next season but Monday's revised verdict means only the top four will qualify.

The Blues are in third place but could drop to fourth if Manchester United beat Southampton on Monday. With Leicester just a point behind, one of the three clubs are set to miss out on qualifying for Europe's premier club competition.

Chelsea's run-in arguably looks the toughest with champions Liverpool and high-fliers Wolves to come after facing newly-relegated Norwich at Stamford Bridge on Tuesday.

That job will be made tougher by the absence of N'Golo Kante due to a hamstring problem.

However, Lampard said that the midfielder "has a chance" to be fit for Sunday's FA Cup semi-final against Manchester United, while Andreas Christensen is available immediately despite picking up a knock in Saturday's 3-0 defeat at Sheffield United.