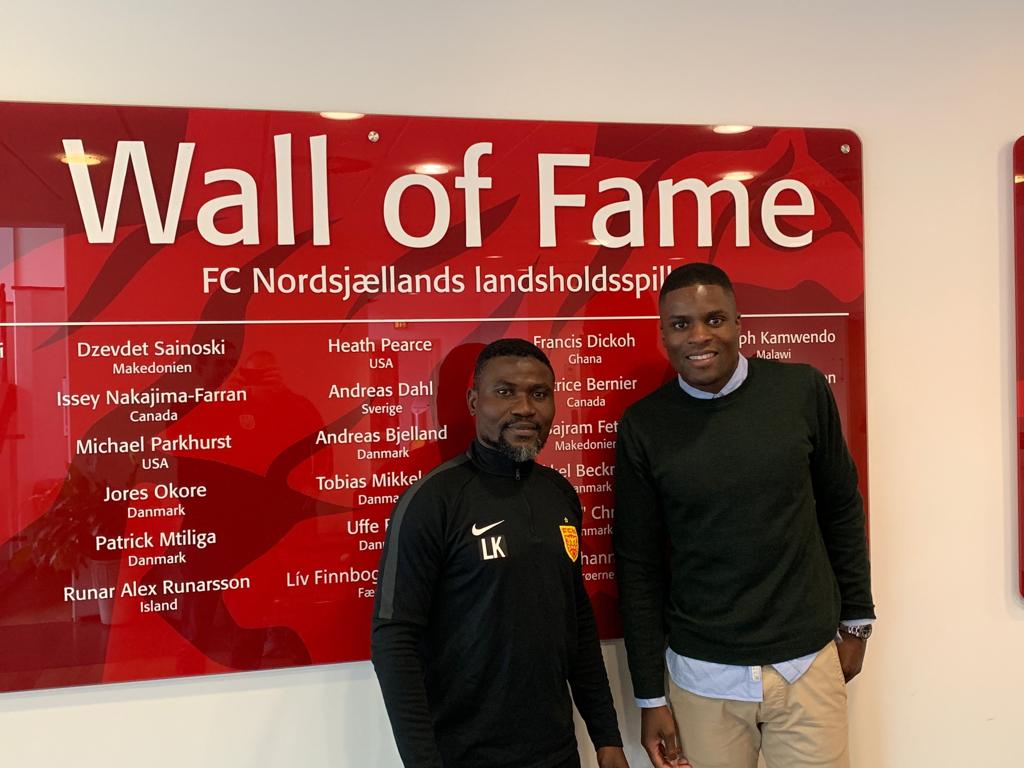 Former Ghana International Laryea Kingston who is on a coaching attachment with Danish club Nordsjaelland has met with Francis Dickoh an ex-team mate and a club legend.

The Danish-born Ghanaian footballer met with Laryea  Kingston at the club’s base where they interacted.

Laryea Kingston has joined the Nordsjaelland technical team where he will start with the Under 19 side and also be attached to all of the club’s age group.

The former Heart of Midlothian midfielder, who holds multiple CAF certificates, is expected to hone his coaching skills at the Right to Dream Park.

Kingston will benefit from countryman Mas-Ud Dramani who is in-charge of Nordsjaelland's U19 team.

Nordsjaelland owner Tom Vernon, who is also the brainchild of Right to Dream Academy, wants to build the capacity of local coaches.