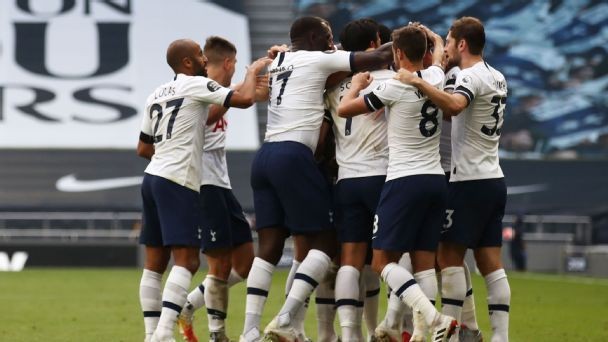 Toby Alderweireld scored a late winner for Spurs to secure a 2-1 victory against Arsenal in the north London derby on Sunday.

Alexandre Lacazette scored the opener for Arsenal before Son Heung-Min equalised in the first half.

The vistors took the lead after 17 minutes when Lacazette struck an unstoppable strike into the top corner from outside of the box.

Spurs levelled three minutes later when Son pounced on a poor back pass from Sead Kolasinac to dink the ball over the goalkeeper.

Ben Davies came close to putting Spurs ahead moments later but saw his long range strike tipped onto the bar by Emiliano Martinez.

After the break, Pierre-Emerick Aubameyang almost made it 2-1 but his close range effort struck the bar.

The Arsenal captain was later denied by a Hugo Lloris save before Alderweireld produced a powerful header from a corner with 10 minutes remaining.