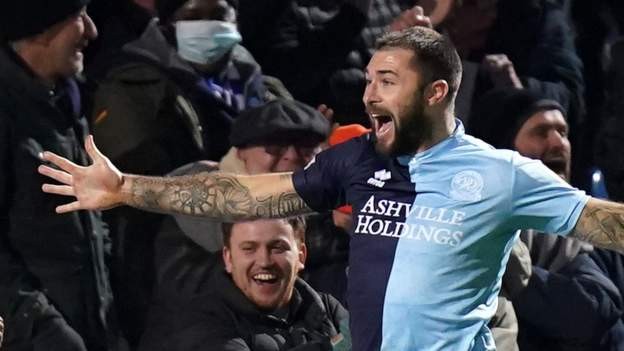 Charlie Austin returned to haunt his former club as he struck in the 89th minute to send QPR above promotion rivals West Brom.

The game looked to be heading for a goalless draw until Austin arrived at the far post to head home Chris Willock's cross.

His goal moves QPR two points above Valerien Ismael's Baggies, who are now without a win in four games.

Karlan Grant went closest for the visitors with a deflected cross which beat debutant goalkeeper David Marshall but narrowly missed the target.

QPR looked to steady themselves, and Baggies keeper David Button was tested for the first time through Stefan Johansen's free-kick, but the teams went in goalless at the break after a first half which failed to capture the imagination.

The game improved in the second half, with the hosts seizing the initiative, and Andre Gray had the ball in the West Brom net after 48 minutes but saw his effort ruled out for an earlier foul on Jayson Molumby.

Mark Warburton's side went close again soon after, with Lyndon Dykes turning a cross over the bar and Button saving Willock's well-struck shot.

Baggies manager Ismael introduced new signing Daryl Dike on the hour as he looked to turn the tide and the ex-Barnsley man was immediately into the action, beating a defender before crossing to Jake Livermore, who poked over.

He was involved again soon after, flicking the ball to Grant whose deflected cross went underneath Marshall, who was relieved to see it narrowly miss the target.

There were seconds left in normal time when Willock dug out a cross and Austin arrived on cue to head home and give QPR a third win in a row.

The defeat sees West Brom drop to fifth, and they now have only one win from their past nine away games.

Daryl Dike (West Bromwich Albion) wins a free kick in the attacking half.

Sam Field (Queens Park Rangers) wins a free kick in the attacking half.

Darnell Furlong (West Bromwich Albion) wins a free kick in the defensive half.

Jimmy Dunne (Queens Park Rangers) wins a free kick in the defensive half.

Karlan Grant (West Bromwich Albion) wins a free kick in the defensive half.