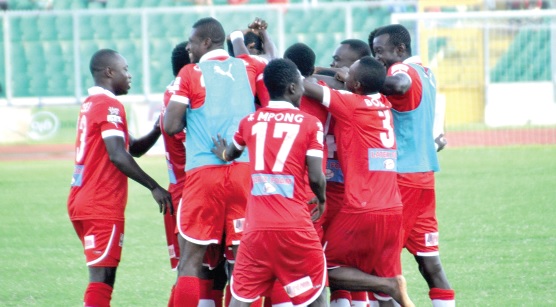 The former Amidaus Professionals loanee rose above all to nod in a Richard Mpong corner kick in the 80th minute to hand the champions their fifth straight win at the Tema Park on Sunday.

The win sees Kotoko go three points clear at the top of the Premier League while preserving their 100 percent start to their title defence.

Coach Mas-Ud Dramaniâ€™s team were given a real scare by the bottom club who missed several descent opportunities to jump into the lead.

Kotoko playing without their leading marksman Seidu Bancey also failed to convert chances of their own.

The game looked destined for a draw until Yahaya Mohammed came good with a thumping header off a Richard Mpong cross to ensure the Porcupine Warriors took maximum points off Inter Allies who remain in search of the first ever point(s) in the Ghanaian top flight.