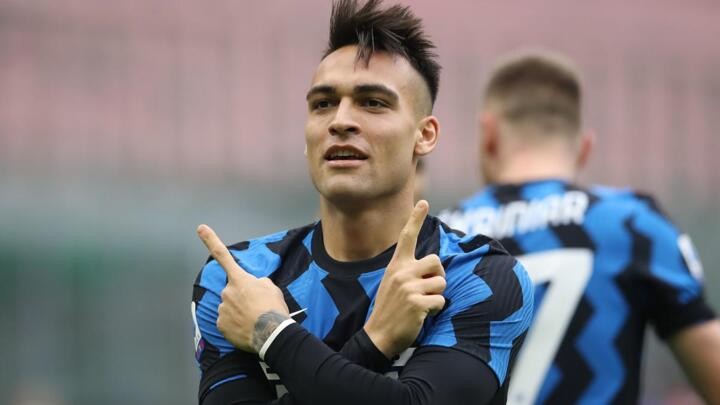 Inter Milan striker Lautaro Martínez was close to moving to Barcelona before the covid-19 pandemic but is now settled at the Serie A champions.

Inter star Lautaro Martínez said he was "truly very close" to joining Leo Messi at Barcelona before opting to remain at San Siro. Martínez was heavily linked with a big-money transfer to LaLiga giants prior to the 2020-21 season after starring for Inter in Serie A.

A switch to Camp Nou did not materialize and Argentina international Martínez celebrated Inter's first Scudetto since 2009-10 last week.

Amid growing speculation over a contract extension in Milan, Martínez revealed the coronavirus pandemic derailed a move to Barca following discussions with countryman Messi.

Lautaro was on verge of move to Barcelona to join Messi

"I was truly very close to joining Barcelona and I even talked it over with Messi," Martínez told ESPN Argentina.

"However, the Blaugrana had economic problems at that moment, so I decided to stay at Inter. It proved to be the right decision, especially as we then won the Scudetto.

"It's just incredible to win the title at such an important club."

Martínez arrived from Racing Club in 2018 and the 23-year-old has scored 47 goals across all competitions for Inter, including 15 in 34 Serie A appearances this term.

"Real Madrid did come for me twice when I was in the Racing youth team, but I wanted to make my name in Argentinean football first and only made the move to Europe when I was ready," he added.

"I do dream one day of returning to Racing. The fans are just as 'crazy' and passionate as the Inter ones."