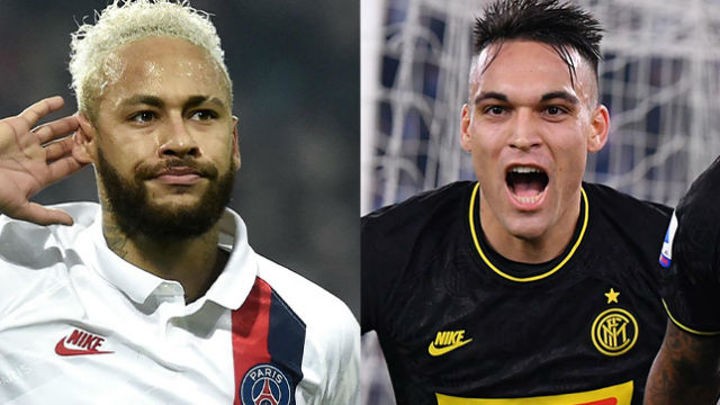 Barcelona decided, once the winter market was over, that their next project would need the signing of an attacking star.

The names on the table were Lautaro Martinez and Neymar. Signing at least one of the two, even though the negotiations would take place in parallel and have a common denominator - Barcelona proposing to include various players to lower the price. It will be a complicated summer because of the coronavirus and its implications, but Barca’s objective is clear.

Barcelona had prioritised the Lautaro operation because it’s more affordable. Contacts with Inter had begun and the player expressed his desire to play with Messi at Camp Nou. The corona crisis has slowed it all down. Barca want to lower the 111m euros of his release clause that Inter would demand by including up to three players. Inter have listened. They know it will be a difficult window and so this may work out to be a good solution.

The club have told Lautaro he would come as a starter and he may even play up front with Luis Suarez at times too. The deal is underway although everyone assumes that the finalisation will take place in June, when the crisis has passed. Other clubs are interested but Lautaro’s will should prove key.

Neymar’s case requires a lot more patience. The player wants to return but the operation is complex. PSG would price-tag Neymar at 160 million euros, with Barcelona potentially driving it down by offering Griezmann, Dembele, Coutinho, Semedo or Umtiti as various player trade options.

At Barca they are sure that it’s impossible to launch a multi-million offer for Neymar now. PSG would have to open the door to a trade. This is only possible once the season is finished, with the help of Neymar trying to force his way out like last summer.