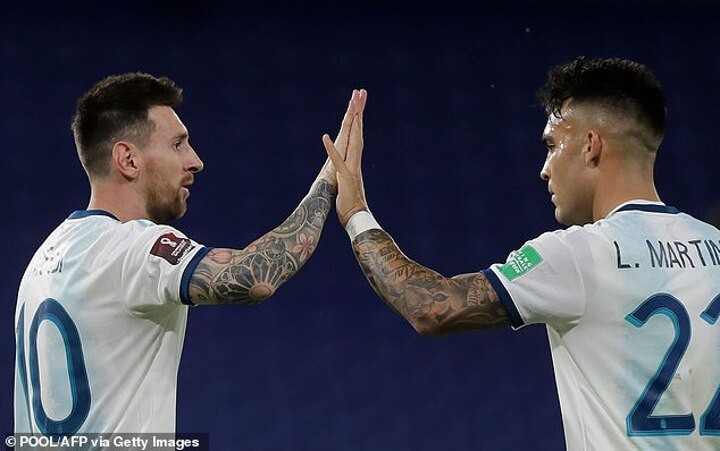 Lautaro Martinez has revealed that he dreamed of playing with Lionel Messi when the Barcelona star was linked with Inter Milan last summer.

Inter was seen as a possible destination for Messi when he was considering leaving Barcelona.

Although the transfer ultimately didn't come to fruition, Martinez stressed that it is 'amazing' to play with Messi for Argentina.

There remains uncertainty regarding where Messi will be playing next season as he is out of contract at the end of June.

Martinez proceeded to describe Messi as 'an inspiration' for young players.

'It was a big dream for me,' Lautaro told Sportweek.

Although Martinez's current contract at Inter Milan expires in 2023, he is eager to extend his stay at the club.

He said: 'I am happy at Inter, Milan is a great city. My agent and the club are talking and I am calm. I only want to give everything for Inter, then we'll reach an agreement.'

So far this season Martinez has mustered nine goals in 17 Serie A appearances for Inter.

Antonio Conte's side are in second place in Serie A, three points ahead of leaders and rivals AC Milan.