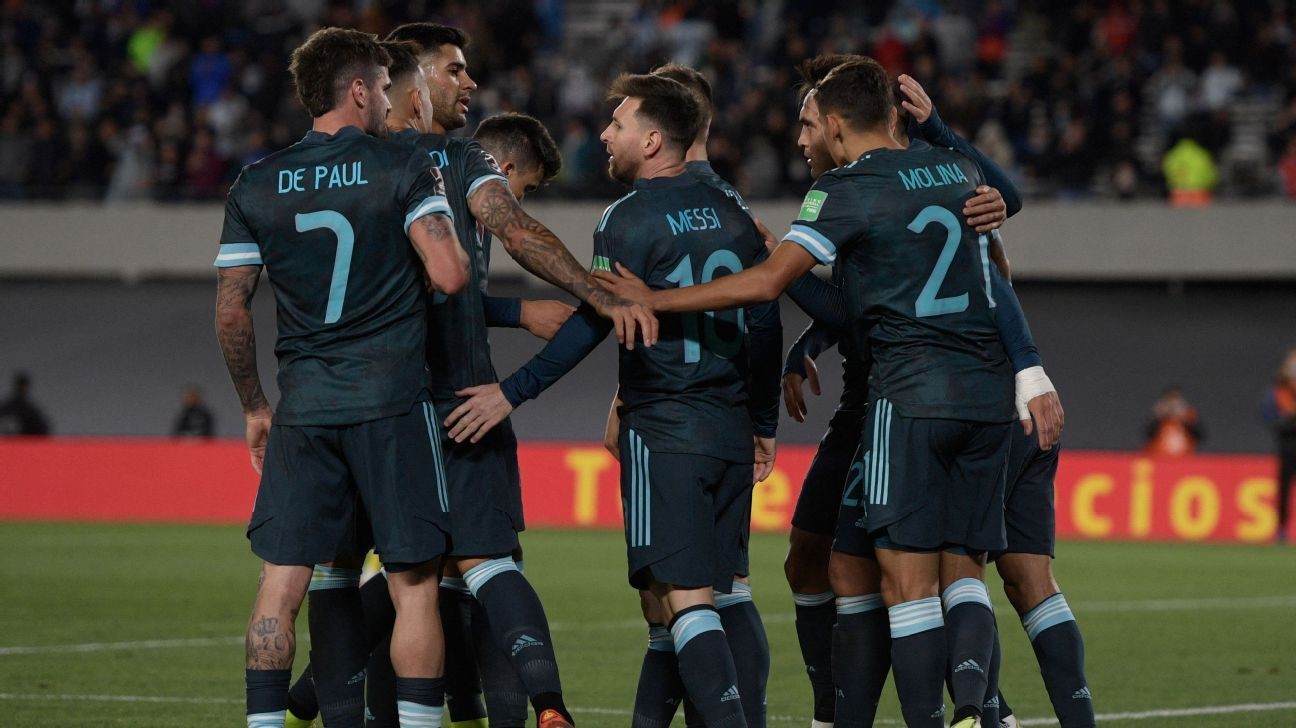 Peru missed a second-half penalty in a 1-0 loss to Argentina in Buenos Aires on Thursday, delivering another blow to their hopes of qualifying for the 2022 World Cup.

Trailing to a first-half goal from Lautaro Martinez, Peru had a golden opportunity to level the score when substitute Jefferson Farfan was brought down in the box 19 minutes into the second half as he attempted to round keeper Emiliano Martinez.

However, Yoshimar Yotun's penalty clipped the bar as the visitors fell to a seventh defeat in 12 qualifiers.

- Don't have ESPN? Get instant access
- World Cup 2022 qualifying: How it works around the world

"Those that take penalties are the great players and the rest is luck," said Argentine goalkeeper Martinez.

The win saw Lionel Scaloni's side move on to 25 points, three behind leaders Brazil, who are playing Uruguay on Thursday. The top four qualify automatically for Qatar 2022 and the fifth-placed side goes into an inter-regional playoff.

Argentina deservedly took the lead three minutes from half-time when Martinez glanced a header into the roof of the net.

Peru fought valiantly in the second half but there was no way back after the penalty miss and Argentina had a second goal from Guido Rodriguez ruled out two minutes from time.