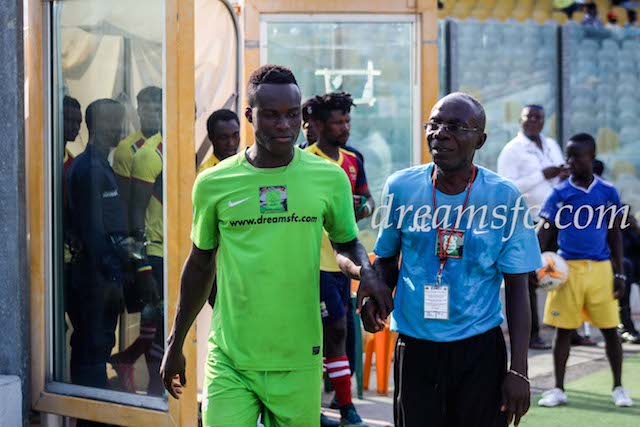 The club’s leading scorer could not finish the match against Hearts of Oak on Sunday after picking up a knee injury after only 25 minutes into the match as he was replaced by the evergreen Eric Gawu.

“I started the treatment at the Accra Stadium yesterday after he was pulled and he looked okay last night” Commey-Bortsie has told dreamsfc.com.

“Normally knee injuries must be assessed again after 24 hours after the initial treatment,” the German trained paramedic added.

“This morning I have run series of checks and test on him and he looks good even he complains of some pain,”

“Bekui is fine. It will take some time for him to fully recover. But I can confirm that the signs are looking positive,” he ended.

Bekui lighted up the Ghana Premier League in the first round finishing as the top scorer with 7 goals in 14 appearances.

The striker is expected to recuperate on time in order to line up against New Edubiase United in the next League match Wednesday at the theatre of Dreams, Dawu.