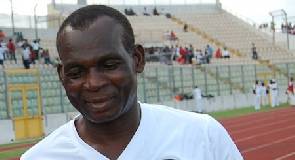 Ex-Ghana international Malik Jabir wants the Ghana Football Association to adopt the hardline approach of expelling clubs who are bent on litigating to prevent the smooth running of t he leagues in the country.

The former Kumasi Asante Kotoko coach and player believes only this hardline approach will prevent the growing number of legal cases facing the federation that's preventing the smooth running of the leagues in Ghana.

The start of this season has also been saddled with the same problem with Tema Youth prevented by CAS from placing an injunction on the start of the league while Techiman City have been demoted to the third tier preventing them from playing in the top tier because of a bribery claim.

Malik Jabir, the current coach of Ghana's U23 side, says the GFA must take a swift action to prevent these clubs.

"Football has nothing to do with court cases so everyone who feels a case did not go their way so the next option is the judiciary then there will be no need for matches to even be played.

“There should be a policy that will ensue teams that sue the FA are expelled from the club and that will be a language they will surely understand.”