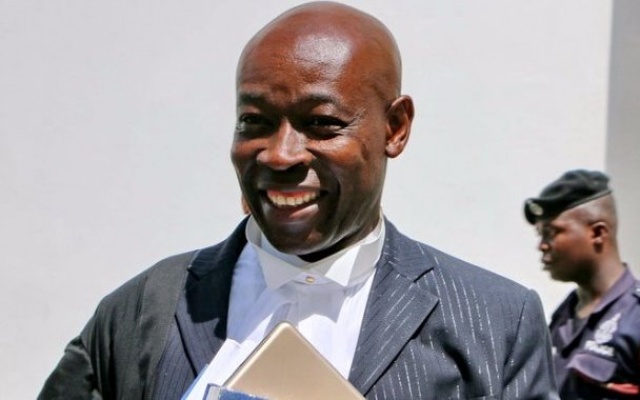 Lawyer to the Ghana Football Association, Thaddeus Sory says he is yet to receive the full payment of the legal fees from the services he rendered during the association's arbitration with telecommunication giants Globacom.

The GFA and Globacom resorted to arbitration after the telecommunication giants failed to honour their part of a sponsorship deal for the Ghana Premier.

After years of legal battles, it was decided Glo paid the FA the amount due, which was settled last week.

However, the lawyer of the FA, Thaddeus Sory reveals he was given part of his legal fee from the first tranche of money but he is yet to receive the remaining after the current settlement.

"They were supposed to pay me my fees as and when Glo paid, so every tranche that Glo pays they will give me my percentage from it", he told Graphic Sports.

"I don't even know they have paid the rest and nobody has spoken to me about it", Sori added.

Meanwhile, reports indicate, the company throughout the arbitration dealt with Mr Sory and he was the one who stood in for the GFA when they reached an agreement with the arbiter in 2017.

“We dealt with Mr Sory throughout the arbitration and it was with him that the payment plan was made. We paid the first tranch of $500,000. Unfortunately when it was time for the remaining tranches to be paid, football activities were suspended and the GFA’s account was frozen, so we had to take some time before paying.

“We never reneged on the agreed plan. We had to make sure we paid to the right hands. There was no re-negotiation, we paid what had been agreed on with the arbiter and Mr Sory,” the source told the Graphic Sports.