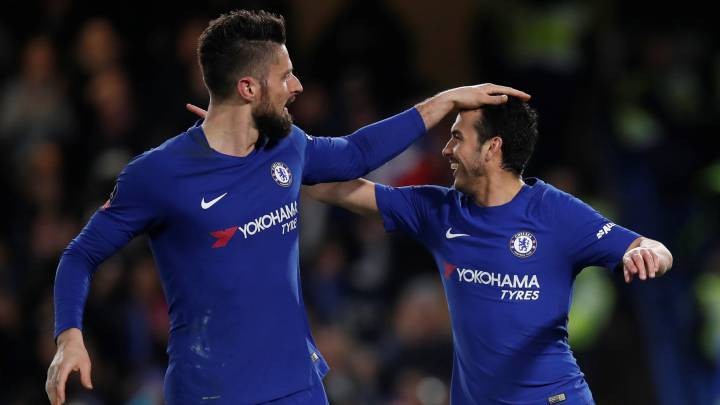 Pedro and Olivier Giroud will be out of contract on 30 June. Lazio are following their situation with interest although the Covid-19 crisis will determine the outcome.

Lazio, who had been enjoying a superb season until football was halted for the coronavirus pandemic, are using their downtime to plan for next season's campaign. Their attention has turned to the Premier League - and the chance to pick up two experienced Chelsea forwards at a bargain price.

Chelsea pair Pedro and Olivier Giroud will be out of contract at the end of June and have been able to negotiate with other clubs since the start of the year. As far as Lazio boss Lotito is concerned, both are interesting options to strengthen the team's attack - something which the club is keen to do as it looks like they will qualify for next season's Champions League. As things stand, Lazio are second in Serie A on 62 points - just one behind leaders Juventus with 12 games remaining.

However, securing both Pedro and Giroud on free transfers won't be as simple as it might appear. Apart from convincing both players to come to Rome, it is still not known when the transfer market will open or whether contracts which are due to expire on 30 June will be extended so that this season's Premier League can be completed.