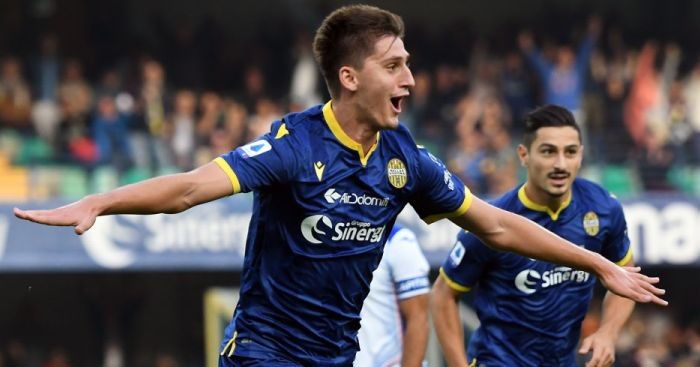 Marash Kumbulla is reportedly close to signing with Lazio but the Aquile are still trying to finalise a deal for the Albanian international that would satisfy Hellas Verona.

The 20-year-old defender was a revelation for the Gialloblu in the 2019/20 campaign, featuring in 25 Serie A games, and the Biancocelesti have been leading the race over Inter to sign him for some time. In addition to the money and Anderson, they will include Cristiano Lombardi as part of the Kumbulla deal.

Initially the Biancocelesti were going to include the winger in a deal for SPAL wing-back Mohamed Fares but he might be included in the transfer for the Albanian centre-back instead.

Kumbulla was born in Peschiera del Garda in the province of Verona but he has decided to represent the country of his parents.