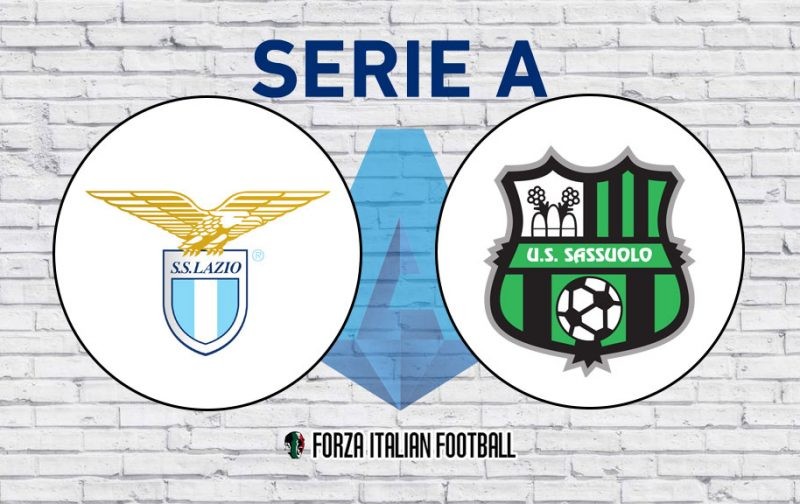 Two of Serie A’s most impressive sides this season clash at the Stadio Olimpico on Saturday evening (kick-off 17:15) when Lazio welcome Sassuolo to town.

– Sassuolo have won only twice in 13 games against Lazio in the top-flight, with eight wins for the Biancocelesti and three draws.

– Lazio have failed to score only once in their 13 meetings against Sassuolo (2-0 for the Emiliani in February 2016).

– Lazio have a record of four wins, one draw and a loss at home against Sassuolo, but have conceded in all of their games against Neroverdi at the Olimpico.

– After the 3-0 defeat against AC Milan, Lazio could fail to score in successive Serie A home matches for the first time since November 2007, under Delio Rossi.

– No side has conceded more Serie A headed goals than Lazio after the lockdown: four, as many as they had conceded before the break.

– Simone Inzaghi is unbeaten in seven matches as a coach against Sassuolo in Serie A (W5 D2).

– Lazio defender Francesco Acerbi scored 11 goals in his 157 league appearances for Sassuolo between 2013 and 2018.

– Lazio striker Ciro Immobile has scored six goals and made an assist in his last seven Serie A games against Sassuolo.

– Sassuolo forward Domenico Berardi has already scored seven goals in Serie A against Lazio – only against AC Milan has he bagged more to date (eight).