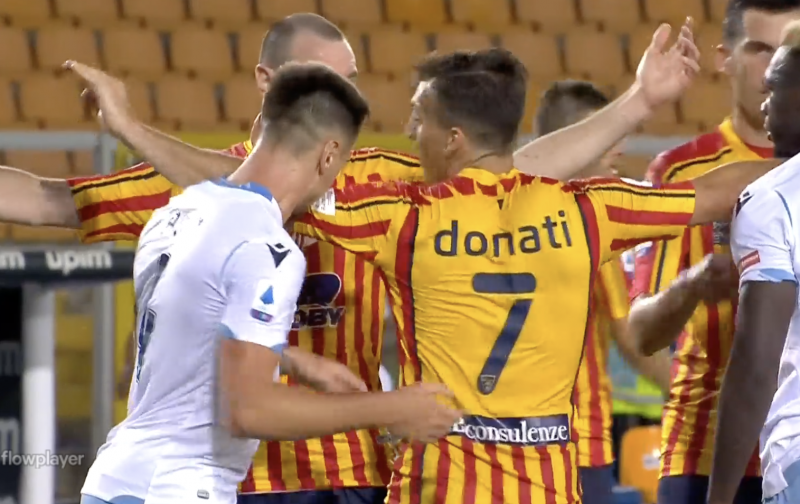 Lazio will be without Patric for the foreseeable future after the full-back was handed a four-match ban for biting Lecce’s Giulio Donati.

The Aquile slumped to a disappointing 2-1 defeat to the Giallorossi, and frustration clearly got the best of the Spaniard in the closing stages.

Patric was seen biting Donati’s arm, resulting in a red card, and the Disciplinary Commission has handed him a four-match ban and €10,000 as punishment.

That means the Spaniard will miss Lazio’s upcoming matches against Sassuolo, Udinese, Cagliari and the big clash with Juventus.

Patric has already taken to Instagram and apologized to Donati. “@giuliodonati2 I ask for forgiveness for my actions,” he wrote. “It was a lack of clarity. In the meantime I want to wish you and your team good luck for the remainder of the season.”

Donati already accepted Patric’s apology after the match during an interview with ANSA.