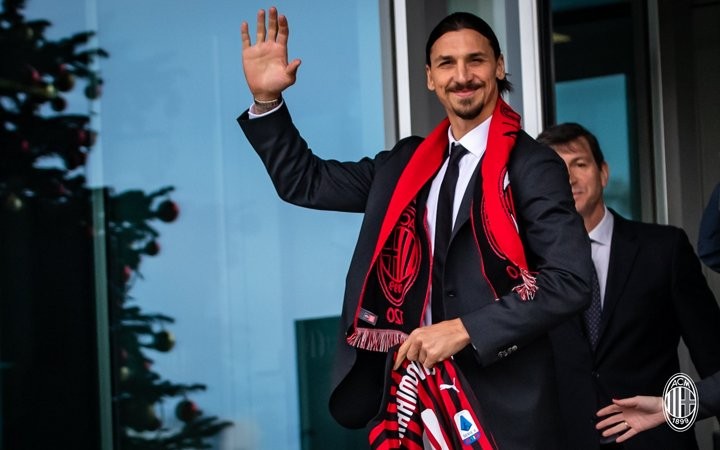 AC Milan will suffer in five key areas if Zlatan Ibrahimovic walks away at the end of the season without a contract renewal, a report claims.

La Gazzetta dello Sport reported in their Wednesday edition that Ibrahimovic has made the decision to leave the Rossoneri once the season is over, which means the club are now in the market for a replacement.

Calciomercato.com have published a report in which they also claim that the Swede will depart once the current campaign is concluded, and looks at five areas in particular that the team will suffer.

Firstly is his leadership, as the 38-year-old arrived and raised the levels of Rafael Leao first then Ante Rebic, as well as Samu Castillejo, who a few weeks ago said: “He is 38 years old, but he was the first to show up yesterday when we did recovery work. He is the first to arrive in Milanello.”

Milan will also lose goals, as the numbers show. Before the arrival of Zlatan, the Rossoneri had scored 16 goals overall in 17 gamesbut since then it's 20 in 12 (12 in 9 league games and 8 in 3 in the Coppa Italia).

In addition, Milan lose a bit of appeal as Ibra could be a magnet for new purchases, especially young players who wish to play with a champion. And with that Milan risks losing money: the negotiations with Emirates are on stand-by, the renewal could be with lower figures, such is the impact of losing the only world-famous player in the squad.

It becomes a problem for the fans too, as the arrival of Ibrahimovic had given back enthusiasm to a depressed environment after the 5-0 defeat against Atalanta. His farewell will have inevitable repercussions on the fans; crowds such as the 32,000 for a match in the Coppa Italia in mid-January will be a thing of the past.

Of course there is then the merchandising too. Shirts and other items with Ibrahimovic's branding on will no longer be flying off the shelves, the report concludes.