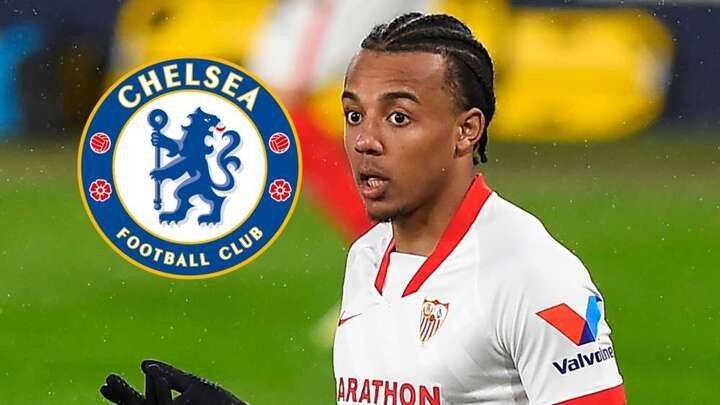 Frank Leboeuf has backed Chelsea's proposed move for Jules Kounde, describing the Sevilla star as a "warrior" who "has everything".

Goal has confirmed the Blues have entered into transfer talks with Kounde, who has emerged as one of the most talented young defenders in Europe since breaking into the senior squad at Ramon Sanchez-Pizjuan Stadium in 2019.

Leboeuf thinks the 22-year-old would be a valuable addition to Thomas Tuchel's ranks at Stamford Bridge, but has also suggested that he won't just walk straight into the Blues' starting XI if he joins the club this summer.

“Maybe it’s an opportunity for Chelsea to get him maybe not this season, but next season.

“I don’t know what Kounde wants to do in his life, if he’s ready to be on the bench more than he thinks he will be. It’s up to him. It would be a good signing for Chelsea.”

Goal understands the Blues are willing to include Kurt Zouma in any final deal for Kounde, but Sevilla are still refusing to let him go for less than his €80 million (£68m/$95m) release clause.

It remains to be seen whether Chelsea will be prepared to fork out such a large fee, especially as they continue to be linked with another big-money swoop for Inter striker Romelu Lukaku.

The west London outfit are not the only club interested in Kounde either, with the likes of Real Madrid and Manchester United also reportedly weighing up an approach.

Kounde has racked up 89 appearances across all competitions for Sevilla over the past two years, earning a Europe League winners' medal and a place in the France national team in the process.

The talented centre-half has also contributed six goals and two assists to Sevilla's cause, and helped them finish fourth in the La Liga standings last term.