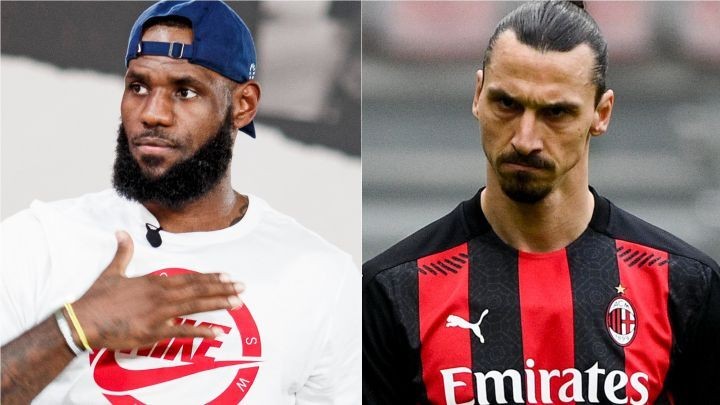 After Zlatan Ibrahimovic questioned LeBron James' political activism, the NBA star said he was fighting for an oppressed generation.

LeBron James has vowed never to "just stick to sports" after footballer Zlatan Ibrahimovic said he did not support the NBA star getting involved with politics.

Los Angeles Lakers superstar James has been a powerful voice against racism and police brutality, among a host of social issues, in the United States.

James is a friend of former United States president Barack Obama and his own foundation supports a school that is aimed at helping disadvantaged children.

Milan striker Ibrahimovic told Discovery+ Sport in Sweden: "He's phenomenal what he's doing, but I don't like when people, when they have some kind of status and they do politics at the same time as what they're doing.

"Do what you’re good at, do the category you do. I play football because I'm the best in playing football, I don't do politics.

"If I would be a political politician, I would do politics. That is the first mistake people do when they become famous and they come in a certain status.

"Stay out of it, just do what you're best at, because it doesn't look good."

That outburst was shot down by NBA star James, who said it was important to use his platform to shine a light on inequalities and injustice.

"At the end of the day, I would never shut up about things," James said.

"That's wrong. I appreciate about my people and I appreciate about equality, social injustice, racism, systematic voting, voter suppression, things that go in our community, because I was a part of my community at one point and seeing things what's going on.

"I see what's going on still because I have a group of 300-plus kids at my school that's going through the same thing and they need a voice and I'm their voice.

"I use my platform to continue to shed light on everything that may be going on, not only in my community but around this country and around the world. There's no way I will ever just stick to sports because I understand this platform and how powerful my voice is."

James pointed to the time when Ibrahimovic complained of being racially discriminated against in his native Sweden three years ago, because he did not have a traditionally Swedish name.

At the time, Ibrahimovic spoke of "undercover racism" in the Swedish media.

James, therefore, expressed surprise at why Ibrahimovic would make his latest claims.

"I speak from a very educated mind," James said, "so I'm kind of the wrong guy to actually go at, because I do my homework."