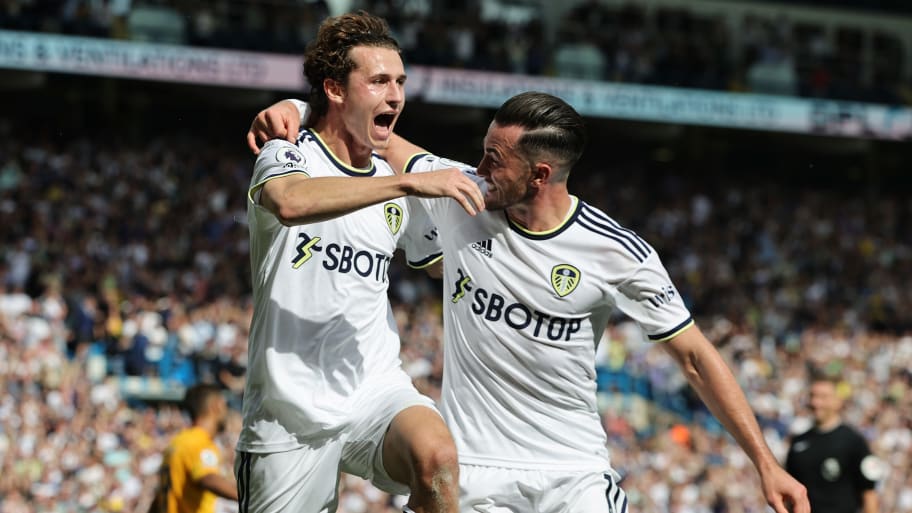 Leeds United opened their Premier League season with a hard-earned 2-1 win over Wolves at Elland Road on Saturday.

Jesse Marsch's men got off to an awful start in their first competitive game since the sales of Raphinha and Kalvin Phillips, but roared back to pick up three well deserved points.

Wolves took a sixth-minute lead when Rasmus Kristensen was turned inside-out by Pedro Neto, whose cross was headed back across goal by Hwang Hee-chan, and Daniel Podence picked out the top corner with an acrobatic finish.

Leeds looked to find an immediate response through new signing Brenden Aaronson, who cut inside Max Kilman but was denied by a block from Ruben Neves.

The visitors spurned a wonderful chance to double their lead when Hwang left Diego Llorente in the dust after a searching ball from Neves, but the South Korean's strike was tame and easily held by Illan Meslier.

And Wolves were made to rue that chance as Leeds went down the other end and found an equaliser through Rodrigo. Rayan Ait-Nouri gave up possession far too easily in his own box when pressed by Aaronson and after a bit of pinball around the area, the Spaniard struck low past Jose Sa at his near post.

Both sides wasted opportunities to go ahead in first-half stoppage time. Firstly, Jack Harrison's cross just about evaded Rodrigo and Patrick Bamford, before Leander Dendoncker was denied by the feet of Meslier.

The Belgian was again denied by the Frenchman on the other side of the break while Neto continued to terrorise Kristensen as Wolves looked to win back control of the match.

The debuting Dane had a little more success in keeping Ait-Nouri out, producing a brilliant sliding challenge to deny the Wolves full-back when racing away.

And Leeds took the lead for the first time with a quarter of an hour remaining through an own goal. Mateusz Klich's ball in behind was met by Bamford, who duly squared for Aaronson to lash in via Ait-Nouri.

Bamford should have wrapped up the points after meeting a cross from Harrison, but Sa produced a stunning stop to keep him out and Leeds held on to secure the victory.

This article was originally published on 90min as Leeds 2-1 Wolves: Whites come from behind to win in Premier League opener.