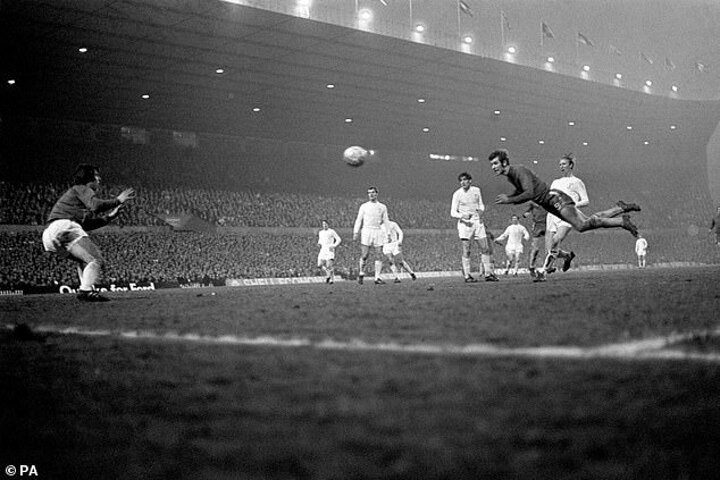 Rivalries do tend to be geographic. In football, the thought of sharing the same city with another group of fans is often too much to bear.

Sometimes, though, the hatred runs deeper than that felt for your noisy neighbours. Sometimes it is about ideologies. Sometimes, it becomes personal. That is how the rivalry between Leeds and Chelsea, two sides separated by over 200 miles, began.

For a country where the division between the North and the South appear to be rearing its head again, the footballing rivalry that embodies it is also making a comeback.

Moulded out of the determination of two gifted football teams in the 1960s, clashes between Leeds and Chelsea pitted grit against swagger as they both emerged from the old Second Division in the middle of the decade.

Battling each other to the spot of young pretender in the Football League, their conflict culminated in the dirtiest FA Cup final in history in 1970. Since then, it has seen hooliganism run rife between the two sets of supporters, with running battles a constant in the 1980s – peaking in 1984 when Leeds fans demolished a newly installed scoreboard at Stamford Bridge.

On the pitch, fans have treated anyone affiliated with the other with disdain, resulting in supporters at Elland Road turning on their own manager, and owner.

The Yorkshire side’s demise has put the rivalry on pause – with only one meeting between the two sides taking place in the last 16 years.

The fixtures history leaves the Metropolitan Police breathing a sigh of relief with the majority of supporters still locked out of grounds.

There can, though, be no promise that matters will be as calm on the pitch.

It is perhaps a little fitting that the rebirth of this long-standing rivalry has come about from the promotion of Leeds United.

That is essentially how it started nearly 60 years ago, when Don Revie’s Leeds side earned promotion to the top flight in 1964.

A side including Billy Bremner and Jack Charlton immediately set about bustling their way to the top of the First Division, falling short in the 1964-65 season on goal average, and finishing second behind Manchester United.

On their heels in third – Chelsea. The Blues would go on to win the League Cup that season as the two sides began to make their mark on English football, and each other.

As John Hollins told Sportsmail back in December 2012: ‘I remember a game at Leeds in the season of 1964-65, around this time of year — it was always this time of year at Leeds. It was tense. The game should not have been played because the pitch was iced up. We didn’t have the studs you have now. We changed ours before kick-off — we went for the leather type with little nails in them. So did they.

‘All of a sudden you had a good grip on the pitch, you could turn and play. The thing is, if you did catch anyone with a stud, you could rip a sock or something. It finished 2-2, I think. That was a day we thought, “Dirty b******s, wait ’til you come back to our place”.

The rivalry grew, as did the list of Chelsea names jotted down in Charlton’s little black book. The centre half told journalists in 1970 of the existence of a list of names of players whom he intended to exact revenge upon. Unsurprisingly, there was a Chelsea name at the top of it – though he never revealed who.

It wasn’t just Charlton who was out to settle scores, with matches between the sides becoming more and more fraught, until coming to ahead on one of the biggest stages.

In the 1970 FA Cup final replay, referee Eric Jennings produced just one yellow card as Chelsea won out 2-1 winners at Old Trafford. How he managed to keep his cards in his pocket has been a source of bafflement for all witnesses over the years.

David Elleray, the former Premier League referee, now Technical Director of IFAB, re-refereed the match some years later. By his calculations there should have been six reds and 20 yellow cards.

No challenge better summed up the lunacy of the situation than Eddie McCrearie’s assault on Scotsman Billy Bremner. The Chelsea defender launched a kung-fu style kick straight into the side of the Leeds midfielder’s face. Jennings, taking a second to look at the incident inside the Chelsea box, decided to wave play on.

As the rivalry moved into the 1980s, it was criminal acts off the pitch that were drawing much of the attention.

Running battles between the two sets of fans made the game a nightmare to police, with arranged fights happening miles away from Elland Road and Stamford Bridge on match days.

In 1982, 150 were arrested for rioting on the London underground, while a further 66 were arrested inside and around Stamford Bridge following a 0-0 draw.

Trouble within the terraces came to a head in 1984, when the pair met in the Second Division in west London.

Blues fans stormed the pitch in celebration after confirming their promotion to the top flight following a 5-0 win. In response, away fans promptly smashed up the brand new electronic scoreboard that had been installed by Chelsea owner Ken Bates. Some supporters fled back up north with pieces of it with them on the train.

Loathing from each team for the other still runs high. Leeds fans took issue with Bates buying their club back in 2005, not just because he oversaw their miserable plummet into the third tier of the English system.

There was even short shrift for Dennis Wise and Gustavo Poyet when they were installed as manager and assistant in 2006. The Uruguayan admitted a year later that: ‘The fans didn't want us there because of the rivalry with Chelsea.’

With no away fans in attendance on Saturday, there shouldn’t be any issues off the field. This renewed rivalry, is all about what happens on it.