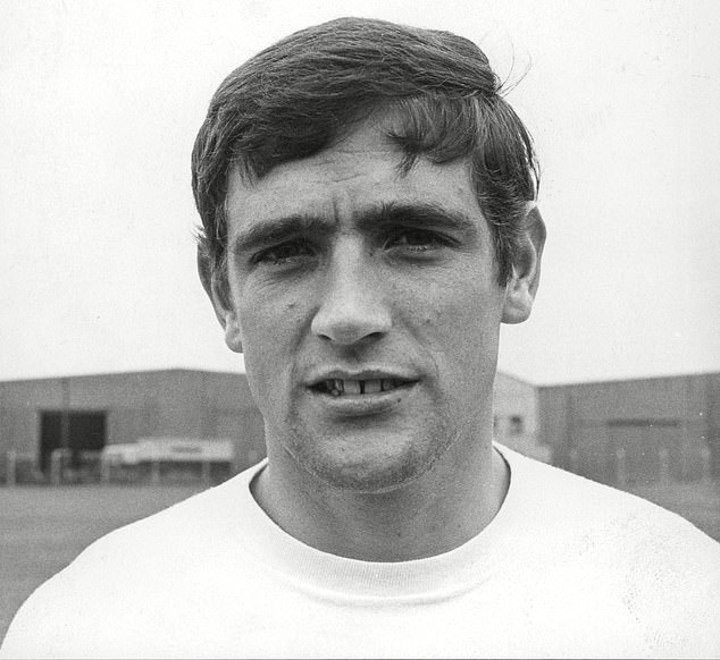 Leeds United confirmed the news after posting a statement to their club website. It read: 'We can confirm that Leeds United and England legend Norman Hunter is being treated in hospital after testing positive for COVID-19.

'We would like to take this opportunity to remind the public and the media to respect the wishes of Norman and his family and to give them the space they need during this difficult time. 'Keep battling Norman, we are all with you.'

Despite being a World Cup winner, he never featured during the 1966 tournament as he played understudy to brother of Sir Bobby Charlton, Jack, and England captain Bobby Moore in the central defensive positions. He went on to make 28 international appearances for The Three Lions.

Hunter eventually claimed his winners medal in 2007, after FIFA ruled that all non-playing members of the England squad would receive retrospective medals.

Hunter played a total of 540 matches for Leeds United, where he scored 18 goals and became a club legend.

Hunter joined Leeds at 15 years old after giving up a job as an electrical fitter. He was known for his tackling and was given the nickname 'Bite Yer Legs Hunter' by the Leeds fans who made a banner that simply read: 'Norman bites yer legs'.

His success as a player hit the pinnacle in 1974, when he was awarded the first ever PFA Player of the Year award for the 1973-74 season.

Later in 1998, he was recognised again as the EFL, as part of their centenary celebration, named Hunter in their list of '100 League legends'.

He later moved to Bristol City after 14 seasons with Leeds and played 108 matches for them.

Hunter hung up his boots in 1983 at Barnsley, where he stayed on as manager for a further season after initially taking charge as a player-manager in 1980.

He later took the hot seat at Rotherham United as manager from 1985 to 1987 and then joined Bradford City as a coach for one year, but failed to replicate the success he achieved at Barnsley.