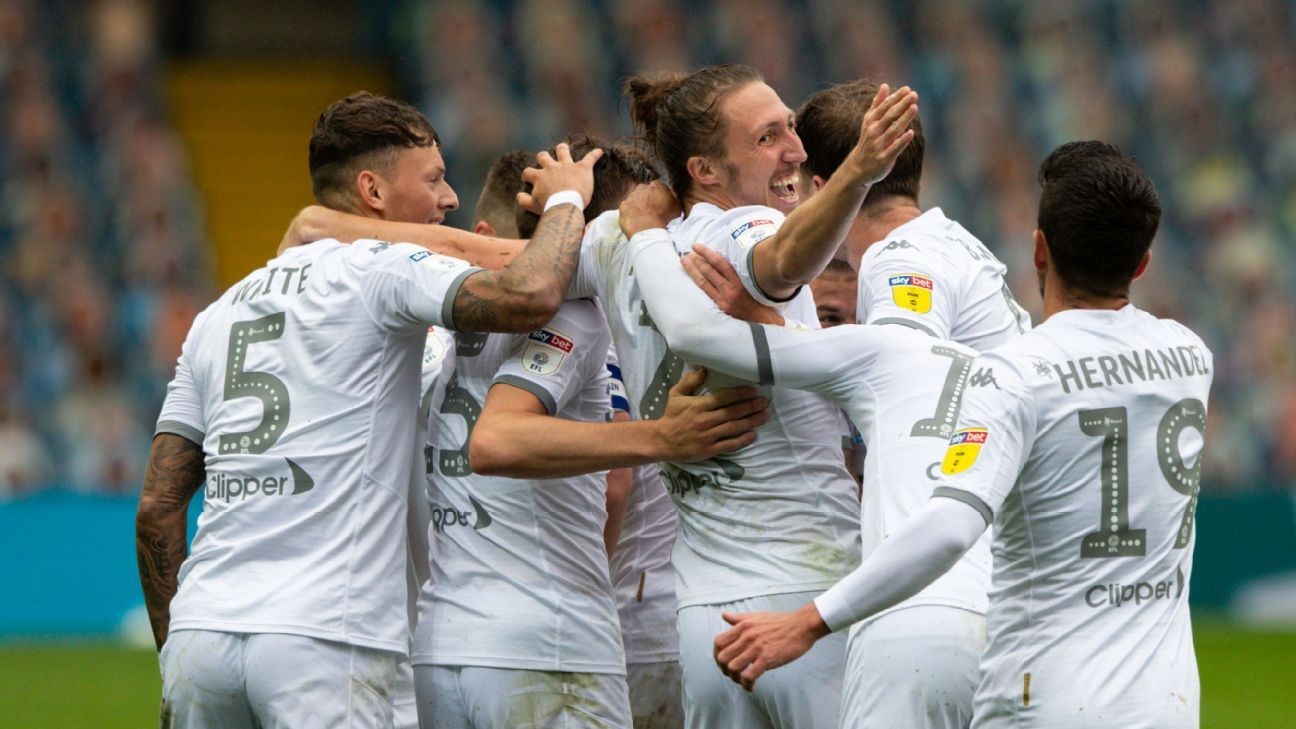 Leeds have confirmed their promotion to the Premier League for the first time in 16 years after West Brom lost to Huddersfield on Friday.

Marcelo Bielsa's side have won their last four games and sit top of the table with 87 points going into Sunday's match against Derby.

Leeds have struggled to get back into the Premier League after years of financial mismanagement and insecurity.

Following their relegation in the 2003-04 season, several players were released or left on free transfers with the club also forced to sell its training ground and stadium to repay loans.

The club was further relegated to League One at the end of the 2006-07 season and spent three seasons in the lower division.

The appointment of Bielsa at the start of the 2018-19 season has been a turning point for the club despite last season ending disappointingly.

Leeds spent much of the season in the automatic qualification spots with Norwich, but a bad run of form towards the end of the season saw them lose out on promotion in the playoffs.

In the Premier League, Norwich have been relegated to the Championship with several other teams fighting not to join them.

West Ham face Watford in a crucial tie on Friday with both teams three points from safety. Aston Villa and Bournemouth occupy the relegation spots on 31 points a piece.